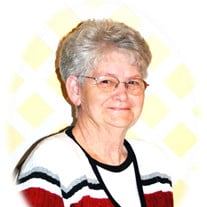 Alice Fay Howard, age 81, of Pittsfield, IL passed away on Monday, July 26, 2021 at her daughter's home. She was born on August 20, 1939 in Conway, South Carolina to Furman and Lucille Allen Marlowe. Alice was born and raised in Conway, SC and spent most of her adult life in Summerville, SC. She moved to Pittsfield, IL in 2008 to be with her daughter and family but spent her last years in both places. Alice's mother died when she was 13 so she took over the duties at home raising her siblings and becoming an adult early on. She married Larry Roberts at the age of 16 and they had two sons, Larry and Lawrence. Alice became a widow at 20 years old and went on to marry Edward Granbois and they had one son, Steven. She later married John D. Howard and to this union Ann was born, and he preceded her in death. Alice's main occupation in life was her family. She was a homemaker, nurturer, babysitter, cook and the best 'Granny' in the world. She did work outside of the home for 17 years as a housekeeper at the Econo Lodge working evenings so she was still able to help with her grandchildren. She also always welcomed her children and grandchildren's friends into her home as her own. In younger years, Alice enjoyed fishing, camping, and gardening. She loved her plants and flowers. She also liked watching soap operas, TV Land, and Hallmark movies and had quite the collection of Humphrey Bears. Alice was a stubborn woman with a strong backbone but was the most giving and loving mother and granny. She was survived by two sons, Lawrence Roberts of Saint Stephen, SC and Steven (Louise) Granbois of Ladson, SC; daughter, Ann (Jeff) Moffit of Pittsfield, IL; daughter-in-law, Ann (Bill) Hubbard of Goose Creek, SC; six grandchildren, Daniel (Samantha) Roberts, John Granbois, Christopher (Katie) Roberts, Tiffany Nowacki, Amber (Stason) Martin, and Austin Roberts; eight great grandchildren, Hadley Roberts, Hunter Roberts, Landon Roberts, Connor Roberts, Hollister Roberts, Atlas Nowacki, Ashton Martin, and Zane Martin; and sister, Crystal (Michael) Jones of Sharpsburg, NC. She was preceded in death by her parents, Furman and Lucille Marlowe; son, Larry Roberts; infant grandson, Larry Christopher Roberts; brother, Harry Marlowe; and two sisters, Jessie Ruth Sibbett and Betty Todd. Funeral services will be held at 3:0 PM Sunday, August 1, 2021 at Goldfinch Funeral Home, Conway Chapel. Burial will follow in Hillcrest Cemetery. Please sign an online guestbook at www.goldfinchfuneralhome.com

Alice Fay Howard, age 81, of Pittsfield, IL passed away on Monday, July 26, 2021 at her daughter's home. She was born on August 20, 1939 in Conway, South Carolina to Furman and Lucille Allen Marlowe. Alice was born and raised in Conway,... View Obituary & Service Information

The family of Alice Howard created this Life Tributes page to make it easy to share your memories.

Send flowers to the Howard family.