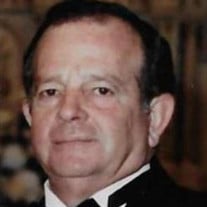 Arthur Richard Reitano, aged 86, died peacefully in his sleep November 19, 2020 in Pawley's Island, South Carolina. Arthur lived a rich life full of laughter, love, family and friends and will always be remembered as a devoted husband of 60 years to Virginia Reitano, hardworking father of five, proud grandfather to seven grandchildren, and a loyal, lifelong friend. Arthur was born May 23, 1934 in the Bronx in New York City, where he grew up on Dyre Avenue with his six younger half-siblings, Bobby, Teddy, Philip, Vito, Jo-Ann and Tommy Sandomenico. Arthur loved returning to the Bronx to attend as many Dyre Avenue neighborhood reunions as he could. He graduated from D.W. Clinton High School in New York in 1952 and joined the Navy shortly after graduation during the Korean War, serving as a radarman on the USS Sabine; he would also attend many USS Sabine reunions over the years. In 1954, he left the Navy to attend Westchester Community College, and then Iona College where he excelled as a southpaw pitcher. Arthur graduated from Iona in 1958, receiving a Bachelor’s degree in Business Administration and proudly serving as a reunion committee member. After college, Arthur began a successful, long-standing career in insurance with State Farm and Allstate, a career that spanned 40 years and was instrumental in launching F.E.M.A. It included numerous commendations for Arthur, especially for all his efforts after Hurricane Hugo. Over this time, Arthur’s family of seven would create many adventures, homes and memories all over the country—from the Bronx, to Brewster, NY, to Roswell, GA, to St. Petersburg, FL, to Cary, IL. In 1994, Arthur retired from his prolific career and settled with his wife Virginia in Pawley’s Island, SC. Arthur had a huge and giving heart and it showed in everything he did, from the lifelong friendships he maintained to the great care he took of his family. He was a proud and active member of the VFW and Knights of Columbus. He loved and appreciated cars, purchasing more than he could count over the years. A historian in his own right, Arthur was a voracious reader with insatiable curiosity. He cultivated an especially deep knowledge of our nation’s armed forces, especially the battles of WWII, and loved sharing that knowledge with family and friends. Arthur’s greatest love of all was his family. He is survived by his children, Arthur Reitano, Jr., of Chicago, IL, Mary Jacobellis and her husband, Jim, of Fountain Hills, AZ, Suzanne Burchill and her husband Mark, of Southport, CT, Paul Reitano and his wife Cheryl, of Georgetown, SC, and John Reitano and his wife Melissa, of San Rafael, CA; and by his grandchildren, Kathryn and Josee Jacobellis, Blake and Graham Burchill, and Lucy and George Reitano. Arthur is predeceased by his beloved wife of 60 years, Virginia Alfieri Reitano and his grandson Jack Dunn Reitano. A celebration of Arthur’s life will take place at a later date, nearer to the time when he will be laid to rest at Woodlawn Cemetery in the Bronx. In lieu of flowers, the family asks that donations be made in Arthur Richard Reitano’s name to the Veterans of Foreign Wars at VFW.org. Please sign the online guestbook at www.goldfinchfuneralhome.com

The family of Arthur Richard Reitano created this Life Tributes page to make it easy to share your memories.

Send flowers to the Reitano family.