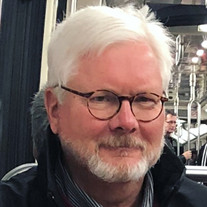 B Clement Williams Pawleys Island, SC A man like B Clement Williams (Bruce) is hard to sum up in an obituary, as his significance and impact on those who knew him can never truly be expressed with words. He showed kindness and respect to all he encountered, had a determination to make the world a better place and fight injustice, and held gratitude for living a life rich in laughter while embracing every given moment. He was admired by all, including a loving family who doted on every word he spoke. B Clement, 71, passed on Sunday, January 16, 2022 after a year with Glioblastoma, fighting up until the very last breath. He was born in November 1950 in Goldsboro, North Carolina but spent his life in South Carolina, ending up in Pawleys Island. He regarded North Georgia College for taking a chance on him - even as he almost flunked out - as he believed the College, and the friendships made there, contributed to his life's success. His career was with Southern Systems (Southern Imaging) out of Florence, South Carolina and later co-founded Black Mule Print out of Conway, now run by his son Steven. While he recognized he wasn't always the easiest person to work with, he hoped those he encountered along the way, and those he spent his days with, knew how much they meant to him and how those relationships made his life rewarding. He would be laughing now reminiscing about all the pranks he played during hard work days; he loved to bring a smile to others. Throughout his life, B Clement loved traveling with his wife of more than 46 years, Kathy. They traveled with friends and family and have built lasting memories which are now cherished. While traveling for pleasure was always enjoyed, B Clement also pushed himself spiritually, mentally, and physically through solo journeys; including backpacking through Europe, spending time in Wyoming working at a cattle ranch, and spending weeks in Spain hiking along the Camino de Santiago. He would encourage you too, reader, to live life to the fullest and take a moment to appreciate the beauty of the world, even through the troubled days. He is also an author, taking a year off work to write a book. The novel, Wasting Perfect Conditions, has become a staple recommendation for all who have read. In his retirement years, B Clement continued to challenge himself to continue his growth. His most worthwhile accomplishment during those years was his time volunteering in the NICU (Neonatal Intensive Care Unit) at MUSC in Charleston, South Carolina, holding premature babies and providing them warmth and love to continue their own growth. He also spent his time learning woodworking and making rocking horses for children, enjoyed taking long walks with the family dogs, and spending time at the beach. His family would like to thank him for the world he has shown them, the life of love he has given them, the laughter they have shared - even all those dad jokes to which he is most famous - and the tools he has provided for them to live an incredibly rich and rewarding life. They will continue living his motto of "Work hard, do your best, and have a good time." and realize that maybe he is the self-titled "World's Smartest Man" after all. He is survived by his wife, Kathy Ward Wiliams of Pawleys Island, SC; his children Steven Williams (Jillian) of Myrtle Beach, SC, Brooke David (Byron) of Myrtle Beach, SC and Lindsay Williams of New York, NY. He is also survived by his grandchildren Annabelle and Phoenix Williams; Everett and Cooper David; his sister Kathy Williams Day (Rick); and many nieces and nephews of which he is so proud. He is preceded in death by his parents, Everett and Cora Williams; sister LaDell Williams Dixon; and granddaughter Charlotte Williams. In lieu of flowers, B Clement would like you to please live your life fully, respect others, and show kindness to all you encounter. If you feel so inclined, donations can be sent to his granddaughter's charity, Charlotte's Greyces, which helps families with palliative care: PO Box 1203 Conway, SC 29528. Visitation and service will be held on Tuesday, January 25, 2022 at 12:30 pm and 2:00 pm respectively at Goldfinch Funeral Home at 606 Beaty Street in Conway, SC. You may view the service live by clicking the following link: https://vimeo.com/669181594

B Clement Williams Pawleys Island, SC A man like B Clement Williams (Bruce) is hard to sum up in an obituary, as his significance and impact on those who knew him can never truly be expressed with words. He showed kindness and respect to all... View Obituary & Service Information

The family of B Clement Williams created this Life Tributes page to make it easy to share your memories.

Send flowers to the Williams family.