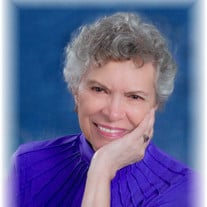 Conway… Barbara "Bobby" Wood Stilley, age 90, and wife of the late Walter "Sonny" Stilley, III passed away Tuesday, September 7, 2021. Mrs. Stilley was born February 15, 1931 in Denmark, SC a daughter of the late Edward Oeland and Ora Haley Wood. She attended schools in Denmark, then Greenwood, and graduated from Denmark High School. She was a graduate of Winthrop College in Rock Hill. She and Sonny were married in 1952. Mrs. Stilley was an active member of First United Methodist Church of Conway where she served on the Church Board, Scholarship Committee, Council on Ministries, Altar Guild, and Nominating Committee. She was also a member of United Methodist Women and the John McCutcheon Sunday School Class, serving as its president for 2 years. Mrs. Stilley was active in Scouting, was a member and past president of the Ivy Garden Club, member and past president of the Conway Couples Club, and she was the first Chairman of the Women's Division of the Conway Chamber of Commerce. In 1965 she taught swimming to 5th and 6th graders of Conway Elementary School at the Conway Swimming Pool on Sherwood Drive. She was also a member of the Salvation Army Advisory Board. For seventeen years, from 1968-1985, she taught 3rd grade at Conway Elementary School and was chosen as Teacher of the Year in 1983. In 1985 Mrs. Stilley began a thirteen year career in real estate at Helms Realty which was later Century 21 Helms where she earned Masters recognition. She was the Women's Golf Champion for two years at the Conway Country Club. Mrs. Stilley also volunteered at the hospital to rock newborns and she made stained glass angels for the parents who lost their babies during childbirth. This exemplified her compassion for others and her creativity and talent for stained glass and many other crafty makings. Survivors include one son, Frank Stilley (Carol) of Conway; two daughters, Margo Marie Stilley of Myrtle Beach and Holly Stilley (Dean McKenzie) of Charleston; six grandchildren, Kayla Stilley, Forrest Stilley, Margo E. Stilley, Woody Stilley (Carla), Heath Meade, and Sonny Meade (Kourtney); three great grandchildren, Brendan Langlitz, Gracie Stilley, and Piper Meade; and several nieces and nephews. Funeral services will be held at 2:00 PM Saturday, September 11, 2021 at First United Methodist Church of Conway with Rev. Kyle Randle and Rev. Tom Brittain officiating. Burial will follow at Hillcrest Cemetery. The family will receive friends from 1:00 PM to 2:00 PM Saturday at the Church Fellowship Hall. Memorials may be sent to First United Methodist Church of Conway, 1001 5th Avenue, Conway, SC 29526. Please sign an online guestbook at www.goldfinchfuneralhome.com Goldfinch Funeral Home, Conway Chapel is in charge of arrangements.

The family of Barbara "Bobby" Jeanne Stilley created this Life Tributes page to make it easy to share your memories.

Send flowers to the Stilley family.