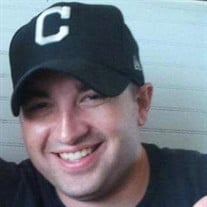 Boyle, Benjamin Matthew went home to be with his Lord on Dec 4, 2021. Ben was living his dream as an Air Force C130 Navigator in the Ohio Air National Guard, as a civilian pilot, motorcycle enthusiast, amateur whiskey distiller and sleeping in his oceanfront condo. Ben was renowned for his charm and easy ability to speak to others. He was a comforting presence and a calming force. It has been said many times Ben never met a stranger, only new friends. Ben served 18 years with the Air Force, ranking from enlisted Airman Basic (E1) all the way through his rank of Captain (O-3E). Ben deployed four times during conflict, yet insisted to his mother that they were all safe and bored on their missions, moving furniture and such. He failed to mention the multiple military awards which included the Air Medal three separate times. He also didn’t mention that his service overseas included that his “airmanship and courage were instrumental in the safe completion of over twenty combat missions flown into austere locations with minimal ground support and often in marginal weather.” He kindly left that part out for his family, as to not cause any worry, which was so his way. Also, per the medals found in his oceanfront condo, “These flights were accomplished in the face of enemy threats to include small arms fire, anti-aircraft artillery, and surface to air missiles. His superior ability in the presence of perilous conditions were essential to the safe and timely delivery of cargo and combat troops.” He was up for the ride, ready to hang out and he’s got the time to meet you and he’ll remember your birthday. Ben had a natural ability to attract abundance and goodness into his life, he loved his friends and family, he loved going out for a meal and he was always ready to eat. He was the king of “hey, by the way, what are you doing in 2 hours? I’ll be in town. Wanna get dinner?” He has been all over the world, whether it was in a Jeep, a plane or a Harley. He was always there with a drink, a smile and a story. If you had the honor of knowing him, you’re the lucky one now…. He was preceded in death by his father Chuck Kontra, his grandparents Bernard and Dorothy Preske, Frank and Elizabeth Kontra, and Thomas and Eleanor Boyle, his aunt Regina Boyle, and his uncles Tom Boyle, Joe Boyle and Jim Lamb. He is survived by his parents, Dan and Debi Boyle, his sisters Natalie (Kyle) Wicker, Kari and Lisa, his brother Dan (Christine), his nieces and nephews Courteney and Kevin Boyle and Greyson, Legend, Tesla and Breeze Wicker, his aunts and uncles Bernard and Jan Preske, Kathleen Lamb, Irene Boyle, Donald and Nora Bearwalde, Betsy Boyle, Tim and Diana Boyle, Bob and Paula Boyle and Larry and Kristie Boyle, numerous cousins and thousands of friends. A celebration of life will take place in Myrtle Beach in early 2022. Burial will be Saturday, December 11, 2021 in All Souls Cemetery, Chardon Ohio, with his father. The family requests that in lieu of flowers, donations in Ben’s honor be made to Veterans Charity Ride www.veteranscharityride.org. Goldfinch Funeral Home, Beach Chapel is assisting the family with local arrangements.

Boyle, Benjamin Matthew went home to be with his Lord on Dec 4, 2021. Ben was living his dream as an Air Force C130 Navigator in the Ohio Air National Guard, as a civilian pilot, motorcycle enthusiast, amateur whiskey distiller and sleeping... View Obituary & Service Information

The family of Benjamin Matthew Boyle created this Life Tributes page to make it easy to share your memories.

Boyle, Benjamin Matthew went home to be with his Lord on Dec...

Send flowers to the Boyle family.