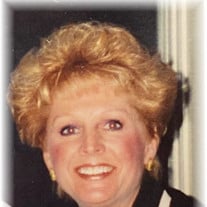 Carol Sue Poirier, age 69, passed away on January 19, 2022. Born May 24, 1952 in Louisville, KY, she was the daughter of the late Claude Ballinger Wilson and Leona Mae Crock Wilson. Carol was a proud veteran of the U.S. Army. Carol lived in many states before settling in Blackstone, MA with her daughter, Amber. She worked in the field of surgical dentistry in the Boston area. Carol also became involved with politics in Blackstone, becoming a member of the Zoning Board of Appeals, all the while teaching religious classes to children. Several years later, she relocated to Greensboro, NC to resume her career in dentistry. She went back to college to learn more about her career. Carol loved her work and learned so much about caring for her patients. Carol's work meant so much to her and she considered it very meaningful to care for others. Several years later, Carol moved back to Massachusetts and married Daniel. She resumed her career again before moving to Conway, SC with Daniel. Carol planned on teaching at Charleston University in the dental department, but was unfortunately diagnosed with Fibromyalgia, halting her teaching and surgical techniques. Fourteen years later, she felt pain on the side of her abdomen, thinking it was the Fibromyalgia, but the pain got worse. She went for tests and was diagnosed with cancer of the pancreas. Carol suffered so much for all those years, which led to this. Carol never complained and kept her faith in God. She is now in Heaven with her mom and dad, which she truly missed. Her husband Daniel and her two Persian kitties, Abbe and Sugar will miss her dearly. We love you. Surviving are her husband, Daniel Poirier, Jr. of Conway; one daughter, Amber N. Chopp of Chicago, IL; two grandchildren; three brothers, Claude Ray Wilson and wife Sandy of Indiana, Charles Larson of Oregon, and Brad Lawson of Florida; several nieces and nephews; and two kitties, Abbe and Sugar. Memorial services will be held at a later date. The family would like to extend a special "thank you" to her brother, Claude, his wife Sandy, and their daughter Angie for their visits. Carol thoroughly enjoyed spending time with them. It raised her spirits. They would also like to thank Carol's dearest friend, Diane Howell, for endless hours of talking to her on the phone. Their conversations made Carol very happy, and she would constantly talk about them. The family also wishes to extend a thank you to all of the nurses of Lower Cape Fear Life Care and Whiteville Care Center. You're all angels, angels of God. Bless all of you. Please sign the online guest book at www.goldfinchfuneralhome.com Goldfinch Funeral Home, Conway Chapel is serving the family.

Carol Sue Poirier, age 69, passed away on January 19, 2022. Born May 24, 1952 in Louisville, KY, she was the daughter of the late Claude Ballinger Wilson and Leona Mae Crock Wilson. Carol was a proud veteran of the U.S. Army. Carol lived in... View Obituary & Service Information

The family of Carol Sue Poirier created this Life Tributes page to make it easy to share your memories.

Send flowers to the Poirier family.