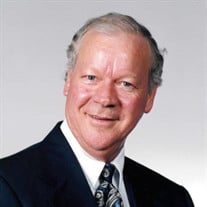 Chandler Brigham age 78, died Sunday, February 06, 2022 at Grand Strand Regional Medical Center after a short illness. Born June 16, 1943 in Myrtle Beach, SC, he was the son of the late Guy Chandler and Cornelia Thompson Brigham. Mr. Brigham was a U.S. Army veteran with distinguished honors. He joined after high school and was stationed in Belvoir, Maryland and Germany. He was honored to be with the standing honor guard at President John F. Kennedy’s funeral. Before retiring he was the owner/operator of Independent Inspection Services. He was a former member of the Horry County Council representing District 4 and was instrumental in starting the first MADD Chapter in Horry County. Chandler was a former Cub Scout Master and loved the simple pleasures of life such as vacationing in the North Carolina and Tennessee mountains. He was preceded in death by two brothers, Guy A. Brigham and Billy Brigham; three sisters, Burena B. Warren, Dorothy B. Campbell and Amanda Altman. Survivors include his wife of 55 years, Amma Dean Brigham; a son, Gregg Brigham of Myrtle Beach; a granddaughter, Christian Brigham of Myrtle Beach; a daughter-in-law, Misty Brigham of Myrtle Beach; a great-grandson, Rylan Delossantos; sisters, Alvilder J. Brigham, Monnie B. Tanner both of Gresham; a brother, James L. Brigham of Johnsonville. A graveside service, with military honors, will be held at 2:00 PM Wednesday, February 9, 2022 at Eaddy-Ford Cemetery in Johnsonville, SC. The family will receive friends from 6:00-8:00 PM Tuesday at Goldfinch Funeral Home, Beach Chapel. Sign an online guestbook at www.goldfinchfuneralhome.com Goldfinch Funeral Home, Beach Chapel is in charge of the arrangements.

The family of Chandler C. Brigham created this Life Tributes page to make it easy to share your memories.

Send flowers to the Brigham family.