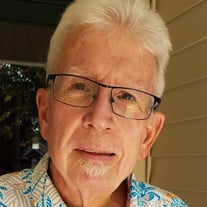 Chris Gray, 69, Videographer, Realtor, Reader Christopher Lee Gray died peacefully at home on February 13 after a recurrence of lung cancer. He was 69. He was born on June 8, 1951, in Mobile, AL, to Albert Lee Gray, and Martha Humphries Gray. Although the U.S. Air Force family relocated often, he spent his formative years in Greenville, SC, graduating from J.L. Mann High School. He went on to attend Brevard College in Brevard, NC, as a sculpture major. Ever the Renaissance man, he moved to Charlotte, NC, after his studies and worked in a frame shop and on the survey team for what was to become Jordan Lake near Durham, NC, before finding his true passion in the broadcast and film industries. He landed a job on the video production crew at Channel 36, an independent Charlotte television station owned by Ted Turner. There, he was able to extend his artistic interests and move on to Jefferson Productions, which at the time, was a center for creative commercial and corporate film production. During his five years at Jefferson, he met many lifelong friends and colleagues. While working as a videographer at Corporate Media Services, he met a business client, Marla Stroupe, who later became his wife. Through their careers, they enjoyed working together on corporate video projects and events. In the mid-1990s, he co-founded Invision Film and Video, which focused on producing corporate commercial and training programs. A highlight of his career was interviewing poet Maya Angelou, who thanked him for "bringing his gentle spirit" into her home. In the mid-2000s, he and Marla left the rapidly-growing Charlotte area and relocated to Pawleys Island. Chris became a Realtor with Coldwell Banker/Chicora and later Litchfield Real Estate. He particularly enjoyed working with home buyers. Reading was a lifelong hobby, instilled by Chris' mother who would take him and his sister to bookmobiles and local libraries wherever they lived. He enjoyed action adventures, thrillers, and biographies. Chris also was a music and movie lover, appreciating many genres and in command of wide-ranging trivia regarding those subjects. In addition to his wife of 29 years, Marla, he is survived by his daughter, Jessica Gray Riddle (Thomas) of Matthews, NC; two grandchildren, Phoenix Lee Riddle and Ivey Belle Riddle of Matthews; and sister, Jan Gray Livingston (George) of Madison, TN. He has also left behind his faithful canine companion, Chloe, a Saint Frances rescue. According to his wishes, private gatherings to celebrate his life will be held in Charlotte and Pawleys Island when safe to do so. Memorials can be made to Saint Frances Animal Center, 125 Ridge Road, Georgetown, SC 29440, or Tidelands Community Hospice, 2591 N. Fraser Street, Georgetown, SC 29440. Goldfinch Funeral Home, Beach Chapel is assisting the family.

Chris Gray, 69, Videographer, Realtor, Reader Christopher Lee Gray died peacefully at home on February 13 after a recurrence of lung cancer. He was 69. He was born on June 8, 1951, in Mobile, AL, to Albert Lee Gray, and Martha Humphries Gray.... View Obituary & Service Information

The family of Christopher Lee Gray created this Life Tributes page to make it easy to share your memories.

Send flowers to the Gray family.