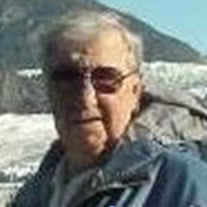 Clemens Michael “Clem” Thoennes, passed away on November 12, 2019 at the age of 80 years in Pawleys Island, South Carolina. Clem was born and raised in Atlantic City, New Jersey. He was married to his high school sweetheart, Ellen (nee Powers) Thoennes and enjoyed a wonderful and loving relationship lasting 57 years. Clem attended St. Nicholas School and Holy Spirit High School in Atlantic City. He furthered his education at Rutgers University, graduating summa cum laude. He then went on to Princeton University after receiving a full fellowship and received a master’s degree in electrical engineering. Clem then completed his education in doctoral studies at the University of Pennsylvania. After completion of his master’s degree, Clem had a long and distinguished career with the General Electric Company, which ended upon his retirement at 34 years as a senior executive. The first 25 years of his career were in Aerospace where he developed and worked on prototype systems for manned flight to the moon, led the effort to develop the first intelligence and communications satellites, and pioneered the success of numerous other classified US Government programs. The last years with GE were in power generation. As an expert who specialized in bringing a concept to reality, he managed and advanced GE’s efforts in the design of high efficiency conventional and nuclear power generating systems resulting in world-wide sales. Since Clem and Ellen relocated to Pawleys Island in 1994, Clem has been a respected and active member of the community. Most notably, he was a faithful member of the Precious Blood of Christ Catholic Church who devoted considerable time over the years to financial management, fundraising, and building construction and well as being a being Faithful Navigator in the Knights of Columbus. His other interests included golf, the Philadelphia Eagles, and the joy he had with his two adorable Rag Doll cats, Morgan and Ashley. Clem is survived by his wife, Ellen, daughter Jennifer, two grandchildren - Sydney and Emmanuel, and his sister, Nancy. A mass of commemoration will be held on November 23, 2019, at 10:00 am, at the Precious Blood of Christ Catholic Church. In lieu of flowers, he has requested a donation can be made to Precious Blood of Christ Church.

Clemens Michael &#8220;Clem&#8221; Thoennes, passed away on November 12, 2019 at the age of 80 years in Pawleys Island, South Carolina. Clem was born and raised in Atlantic City, New Jersey. He was married to his high school sweetheart, Ellen... View Obituary & Service Information

The family of Clemens M. Thoennes created this Life Tributes page to make it easy to share your memories.

Send flowers to the Thoennes family.