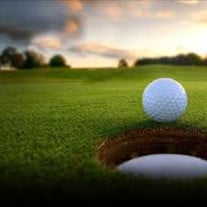 Clifford A. Wilson Clifford Alan Wilson, age 70, died October 14, 2019 at Tidelands Waccamaw Community Hospital. Born in Arlington, Virginia, on January 12, 1949, he was a son of the late Laurence Burke and Ethel Irene Call Wilson. Mr. Wilson graduated with a bachelor’s degree from Lynchburg College. He was a member of executive management with BB&T and served for 32 years. He was a member of The Falls Church in Falls Church, VA. He and his wife lived in Virginia until retiring to Pawleys Island, SC in 2005. He enjoyed golf and boating during his early retirement years. Cliff was a family man and his children and grandchildren were the loves of his life. Survivors include his wife, Karen Neese Wilson; son, Jonathan Burke Wilson and wife Sarah; stepson, Corey Myers; a brother, Laurence Burke Wilson, Jr. and wife Betsy; a sister, Judith Lenora Wilson Ambrose; and three beautiful granddaughters, Sadie, Harper and Anna and many special and loving cousins, nieces and nephews. A graveside service will be held at 1:30 PM Saturday, November 9, 2019 at Oakwood Cemetery in Raleigh, NC. Memorial contributions may be made to: Wounded Warriors, 1120 G Street NW Suite 700 Washington, DC 20005 or United Service Organizations, P.O. Box 96860, Washington, DC 20077. Sign an online guestbook at www.goldfinchfuneralhome.com Goldfinch Funeral Home, Beach Chapel is in charge of the arrangements.

The family of Clifford A Wilson created this Life Tributes page to make it easy to share your memories.

Send flowers to the Wilson family.