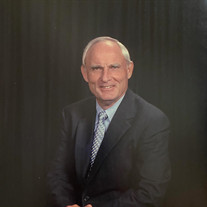 Detlev H. Nitsche, 77 of Greenville, South Carolina passed away with his family by his side on Thanksgiving Day, November 26, 2020. He was born in Vienna, Austria in 1943 during World War II. His family settled in Stuttgart, Germany where he was raised and learned to love the game of tennis. Detlev became an accomplished player having competed in world class events including the French Open, U.S. Open and Wimbledon. He came to America to play collegiate tennis as the #1 ranked junior player in Germany, then becoming a National Champion and earning All-America honors. While in college in South Texas, he met the love of his life, Maria. After earning his undergraduate degree from Pan American and his MBA from Texas A&M University, he and Maria were married in 1969. Detlev accepted a position with IBM and they moved to Stuttgart to start their family. After several years in Germany, they decided to move back to the Lone Star State of Texas to raise their family. Always up for an adventure, he was cast in a Hollywood movie “She Came to The Valley”, before beginning his lengthy and distinguished Telecommunications career in San Antonio, Texas. It was in San Antonio where he embraced his Catholic faith. A new career opportunity moved Detlev and his family to Greenville, South Carolina where he lived for more than 30 years. While living in South Carolina he also became a U.S. Citizen, reigniting his passion for tennis, and won many State and Southern Championship titles having become the #1 ranked player in multiple age divisions. Extremely important to him was his role as father, brother, uncle, “Opa”, teacher and coach to so many. He especially loved spending time attending sporting events and cheering on his grandchildren. He is survived by his loving wife of 51 years, Maria, three children; daughter Tanya Nitsche MacDonald (Chris) of Myrtle Beach, SC; son Kai (Jeana) of Greenville, SC; and son Patrick (Sarah) of Fort Mill, SC; and seven grandchildren: Brandon, Christian and Mary Claire MacDonald; Mia and Ava Nitsche; and Kyle and Anna Nitsche. He is predeceased by his parents, Dr. Herbert and Margarete Nitsche of Stuttgart, Germany, his brother, Bodo Nitsche of Stuttgart and his sister Jutta Mlejnek, of Leonberg, Germany. A private family Funeral Mass is planned for 10 AM Saturday, December 5th at St. Michael Catholic Church in Garden City, SC where he will also be laid to rest. The Mass will also be available live-stream on the St. Michael home page www.saintmichaelsc.net for those who would like to attend virtually. Detlev valued his faith, family and friendships, having touched the lives of anyone he encountered. Those who wish to remember him in a special way may make memorial donations to St. Anthony of Padua Catholic School, 311 Gower Street, Greenville, SC 29611 (864) 271-0167 or The Salvation Army Kroc Center Tennis Outreach Program, 205 Gibbs Street, Greenville, SC 29601 (864) 241-2116. An online guestbook is available at www.goldfinchfuneralhome.com Goldfinch Funeral Home, Beach Chapel is in charge of the arrangements.

Detlev H. Nitsche, 77 of Greenville, South Carolina passed away with his family by his side on Thanksgiving Day, November 26, 2020. He was born in Vienna, Austria in 1943 during World War II. His family settled in Stuttgart, Germany where... View Obituary & Service Information

The family of Detlev H Nitsche created this Life Tributes page to make it easy to share your memories.

Send flowers to the Nitsche family.