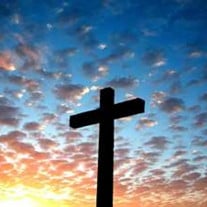 Loris.... Donald Larry McCormick, age 77, of Red Bluff Road passed away Saturday, June 1, 2019. Mr. McCormick was born July 13, 1941 in Loris, SC, son of the late Kelly Hampton and Agnes Parker McCormick. He was a 1959 graduate of Loris High School. Prior to retirement, he worked at the shipyard in Norfolk, Virginia and owned and operated a restaurant in Columbia. Mr. McCormick was also a store owner in the Mt. Vernon section of Horry County. He was an electrician in the Loris community and was in used car sales. Mr. McCormick was predeceased by a sister, Sally Boyd, a brother, Charles McCormick, and a daughter-in-law, Tammy Steele McCormick. He was a member of Jackson Creek Baptist Church in Columbia, SC. Surviving are: two sons, Larry McCormick (Sandra) of Tabor City, NC and Rick McCormick of Miami, Fl. and their mother, Pamela Diane Burgess of Batesburg, SC; two grandchildren, Conner McCormick and Deeanna McCormick; one brother, Hoyt McCormick of Loris; and one sister, Patsy McCormick Elliott of Columbia, SC; and several nieces and nephews. Funeral services will be held at 4:00 PM Thursday from Goldfinch Funeral Home, Loris Chapel with Rev. Josh Glagola officiating. Burial will follow in Porter Cemetery in Tabor City, NC. The family will receive friends at the funeral home from 5:00 until 7:00 PM Wednesday. Mr. McCormick was loved and will be missed by many. Sign an online guestbook at www.goldfinchfuneralhome.com Goldfinch Funeral Home, Loris Chapel is serving the family.

The family of Donald Larry McCormick created this Life Tributes page to make it easy to share your memories.

Send flowers to the McCormick family.