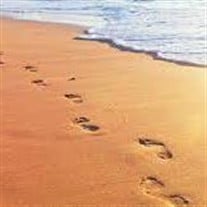 Ernest Heilberg, age 86, passed away, surrounded by his family on Monday, March 15, 2021. Born in Rodalben, Phalz, Germany, he was a son of the late Sali and Flora (Katz) Heilerg. Ernest and his family immigrated to Narchez, MS where he spent his childhood. Following graduation from High School, he entered LSU and upon graduation worked at Redstone Arsenal while also continuing his education at Carnegie Tech, where he was awarded his Masters Degree. He met and married his wife, Nanette (Saltz) during this period and following his Graduate Studies, took a position with Tech Ops (CORG) in Hampton, VA. Duty called, and he took leave of Tech OPs and spent six months active duty with the US Army in Baton Rouge, LA where his first son, Rick born. Following his discharge, he took a position with GE in Syracuse, NY where his second son, Maurice was born. He rejoined Tech Ops and he relocated to Ft. Belvoir in VA where they settled in Springfield. Some years later, he joined CRW in Alexandria where they remained for 9 years. He then took a position with Network Analysis Corp (Contel Info. Systems) and they relocated to Vienna, VA. They remained in Vienna where he joined BDM Corp. when the opportunity arose and remained there until 1997. He remained in VA for two years, meeting and marrying the former Anita Colburn and in 1999 they moved to Pawleys Island enjoying the weather and sights for almost 20 years. Anita passed away in 2013 and Ernest remained in Pawleys Island, his home always open for his children, grandchildren and great grandchildren. Surviving are Ernest daughter, Cynthia Arnold and her husband John of Myrtle Beach; 2 sons: Maurice Heilberg of Alexandria, VA, Frederick Heilberg and his wife Laura Freemont of San Francisco, CA; 2 grandchildren: John Arnold, Jr. and his wife Courtney Carol and Danielle Peterson and her husband Christopher. In addition 5 great grand children: Charlotte Peterson, Charles Conner Arnold, Lila Brielle Peterson, Charlotte Alexis Peterson and Emma Lynn Mae Arnold are left to cherish his memory. In addition to his parents, his wife Nanette and second wife Anita, a brother David Heilberg predeceased him. In keeping with Ernest’s wishes, the family will mourn him privately. Please share and support the family by signing their guestbook at www.goldfinchfuneralhome.com Goldfinch Funeral Home, Beach Chapel is assisting the family.

Ernest Heilberg, age 86, passed away, surrounded by his family on Monday, March 15, 2021. Born in Rodalben, Phalz, Germany, he was a son of the late Sali and Flora (Katz) Heilerg. Ernest and his family immigrated to Narchez, MS where he spent... View Obituary & Service Information

The family of Ernest Heilberg created this Life Tributes page to make it easy to share your memories.

Ernest Heilberg, age 86, passed away, surrounded by his family...

Send flowers to the Heilberg family.