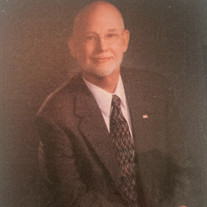 Dr. Frank J. Ferrari passed away peacefully Wednesday, March 2, 2022, in his Conway, South Carolina home surrounded by family and his loyal companion, Daphne his dog. Frank was born in Danville, Pennsylvania to Frank and Frances (Andrewjeski) Ferrari July 10, 1946. Frank leaves behind a legacy of learning, love, and laughter. Frank grew up in Mt. Carmel, Pennsylvania where he made many lifelong friends, nurtured in Catholic faith at Mother of Consolidation Church and grade school. He graduated from Mt. Carmel High School in 1964 and went on to attend Bloomsburg State Teachers College receiving his B.S. in 1968 which launched his career in education. Frank’s first teaching job was at Bangor Area High School. Then in the 1970s took a position at Danville Area High School. He and his wife of 54 years, Suzanne (Jepko) Ferrari raised their four daughters in Danville, PA where he spent most of his career teaching business education classes moving onto being one of the first computer teachers in the area in the early 1980s. During his career Frank taught at Susquehanna University and Penn State extension campuses as well. In the late 1980s Frank took a position as an Administrator for the Danville Area School District. While in Danville, Frank sat on several civic boards and committees including the United Way and the Danville Area Community Center building and planning committee and was a Fourth Degree Knight of Columbus. After receiving his doctorate in education from Penn State University, Dr. Ferrari moved to the Lehigh Valley to be a part of the executive staff at the Carbon Lehigh Intermediate Unit. Frank loved every aspect of education which helped propel him into the position of Executive Director CLIU from which he retired in 2006. Frank’s career held many accolades and accomplishments. After retirement, Frank moved back to his hometown of Mt. Carmel where he sat on several committees throughout the community. He tirelessly restored his 1800s home on Hickory & East Ave, feeding one of his passions of working with his hands. He was proud of his heritage and his PA Coal Region foundation. In addition to working with his hands he spent free time gardening, “tinkering” and enjoying the outdoors. The woods, fields, and streams of the communities in which he lived played a huge role in Frank’s life. He always had a hunting or fishing tale to tell. He taught his daughters and nephews how to hunt, fish and respect nature as he shared his passion for the outdoors. Frank was most proud of his family; words cannot describe Frank’s love for his wife and daughters. His life was blessed with a large extended family which he enjoyed numerous occasions to celebrate life and the blessing it brought to them. Frank was an amazing husband, father, grandfather, son, brother, uncle, and friend. For those who knew Frank knew of his belly laughter, generosity, and his even temperament. He loved to laugh and crack a joke. There were always smiles when you were with him whether in the classroom, boardroom, or family event. He spread his vigor for life through laughter. Frank is survived by his wife, daughters; DottieLynn Maierhofer, Lafayette, Colorado, Tim, Sondra Voss, Georgetown, South Carolina, Greg, Petrina Bartel, Conway, SC and Allanna Ferrari, Conway, SC, Kelley Green; and seven grandchildren Samantha Maierhofer, Matthew Maierhofer, Elizabeth Maierhofer, Madeleine Parker, Trip Parker, Avery Ferrari-Green and Brayden Ferrari-Green. He leaves behind three sisters: Marion Zarko, Elysburg, PA, Sylvia Trione, Mt. Carmel, PA and Kathleen Hynoski, Elysburg, PA; his brothers-in-law, Peter Ondrasik and Charles Greco; and his sister-in-law, Kimberly Jepko along with numerous nieces, nephews, and cousins. He was predeceased by his sister, Donna Ondrasik; brother-in-law, Stephen P. Jepko; and sister-in-law, Sandra Jepko Greco. For friends of the family a Catholic Funeral Mass will be said at St. James Catholic Church in Conway at 11:00 a.m. Wednesday, March 9, 2022 officiated by Rev. Oscar Borda. Goldfinch Funeral Home in Conway will be overseeing the arrangements. Final burial arrangements will be made by Lucas Funeral Home in Mt. Carmel, Pennsylvania. Visitation is planned for the evening of Friday, March 11, 2022, at Lucas Funeral Home. A Catholic Mass will be held at Divine Redeemer Catholic Church Saturday, March 12, 2022 followed by his burial at All Saints Cemetery. Memorial donations may be made to the Alzheimer’s Association, 225 N. Michigan Avenue, Floor 17, Chicago, IL 60601 or via their website at https://act.alz.org/donate Please sign the online guest register at www.goldfinchfuneralhome.com Goldfinch Funeral Home, Conway Chapel, is serving the family.

The family of Dr. Frank Ferrari created this Life Tributes page to make it easy to share your memories.

Send flowers to the Ferrari family.