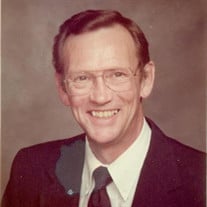 Pawleys Island…… Fred Lamoreux Clary, 83, departed this life on January 1, 2021 following a long period of declining health. He was born and raised in Newberry, SC. He was predeceased by his parents, James Richard Clary, Sr. and Estelle Caldwell Clary, all eight of his brothers and sisters and his only son, Fred L. Clary, Jr. (Clay). Surviving are his wife of almost 59 years Diana Hunter Clary, numerous nieces and nephews as well as great nieces and nephews, a number of chosen family members and three small dogs, Pumpkin, Peaches and Penny. After graduating from Newberry College, Fred was employed by several textile mills as a research application chemist. At some point during his career he worked for Milliken, Dan River Mill, Fieldcrest Cannon, Springs Industries and Pillowtex. His career followed the decline of the textile industry in the USA. Once his wife retired, Fred and Diana moved from Spartanburg, SC to Surfside Beach and much later to the Lakes at Litchfield in Pawleys Island. Fred was known for wearing funny tee shirts and his world famous peach ice cream and divinity. Fred loved watching NASCAR and enjoyed following all the drivers. He was a member of First Presbyterian Church, Myrtle Beach. Due to health warnings regarding the COVID-19 virus, no public service will be held at this time. A private service will be held to scatter his cremated remains at sea along with those of his three beloved pets who predeceased him. The family wishes to thank Dr. John Rathbun and his staff and the Lakes at Litchfield skilled nursing staff. Their skillful, caring and compassionate care contributed to Fred having more time on this Earth. Memorials may be made to the First Presbyterian Church of Myrtle Beach Columbarium fund, 3810 Robert Grissom Parkway Myrtle Beach, SC 29577. Goldfinch Funeral Home, Beach Chapel is serving the family.

Pawleys Island&#8230;&#8230; Fred Lamoreux Clary, 83, departed this life on January 1, 2021 following a long period of declining health. He was born and raised in Newberry, SC. He was predeceased by his parents, James Richard Clary, Sr. and... View Obituary & Service Information

The family of Fred Lamoreux Clary created this Life Tributes page to make it easy to share your memories.

Send flowers to the Clary family.