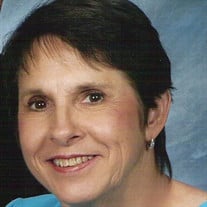 Mrs. Gloria Hardy Timmons, 75, wife of H. Allen Timmons for 49 years, passed away peacefully Sunday, February 20, 2022, at NHC HealthCare in Murrells Inlet. Born in Sumter on October 19, 1946, she was the daughter of Mary H. Floyd of Florence and the late Coker Hardy. Mrs. Timmons was educated in Lake City schools and graduated from Lake City High School where she was an outstanding athlete. After graduation in 1964, she attended Francis Marion University and later the University of South Carolina. At Francis Marion University, she earned a Bachelor of Arts degree and a Master of Education degree. Her graduate studies at the University of South Carolina earned her a degree as an Educational Specialist. Mrs. Timmons enjoyed a career as a guidance counselor for 28 years in Lake City and Horry County schools. In Horry County, she launched Project Excel, a program for gifted and talented students. Her dedication to helping others then led her to open a private counseling practice from 2000-2014. She was a Licensed Professional Counselor and Registered Play Therapist, furthering her ability and desire to serve. Upon her retirement, she pursued her passion of art and captured the beauty of her surroundings in oil paintings. Her work included landscapes of the South Carolina coast, still lifes, portraits and abstracts. Mrs. Timmons was a member of Seacoast Artists Guild of SC, Burroughs and Chapin Art Museum, and Oil Painters of America. The Seacoast Artist Guild’s ‘Best in Show’ was awarded to her this past October, chosen from 600 entries. Her many accomplishments included being crowned Miss Lake City in 1966 and was later named South Carolina’s Handicapped Professional Woman of the Year in 1990. In 1996, she had the privilege of being a torch carrier in the relay to the Paralympic Games in Atlanta, hoping to highlight triumph over adversity. Her commitment to serving her community led her to join the Board of Directors at the Methodist Oaks Retirement Community, Pawleys Island Montessori School, Horry County Mental Health Association and the Alumni Advisory Board at Francis Marion University. Mrs. Timmons was a member of Belin United Methodist Church, where she attended the Joy Sunday School Class and served on the Staff Parish Relations Committee, and was a former member of the Murrells Inlet Rotary Club. In addition to her father, she is predeceased by two brothers, Wendell Bruce Hardy and Randal Coker Hardy, and by her stepfather Rheuben Floyd. Mrs. Timmons is survived by three sisters, Pam Hardy Streett (Bobby) of Murrells Inlet, Cathye Hardy Wilson (David) of Florence and Joni Hardy Whitehead (Robert) of Pawleys Island, along with her sister-in-law Susan Buddin Hardy of Charleston, brother and sister-in-law, Thad and Judy Timmons of Columbia, a loving companion pup Lucky, nieces and nephews Wendell Hardy (Tammy) of Naples, Florida, Brooks Hardy (Victoria) of Boiling Springs, Drew Streett (Brandy) of Pawleys Island, Chandler Streett (Shawn) of Murrells Inlet, Hannah Whitehead of Mount Pleasant, Cameron Barron (Cliff) of Lake City, Wilson Hardy of Florence, Stuart Timmons (Chermarie) of Essex Junction, Vermont and Rebecca Timmons of Columbia, along with numerous great-nieces and nephews. She lived a full life with dignity and grace, and her bright personality, creative spirit and generous heart will truly be missed. A celebration of her life will be held at Belin United Methodist Church on Saturday, February 26, 2022, at 2:00p.m. with interment in the cemetery. Visitation will follow in the Belin Family Life Center. In lieu of flowers, the family requests that memorial contributions be made to: All4Paws Animal Rescue 708 Petigru Drive Pawleys Island, South Carolina 29585 Goldfinch Funeral Home, Beach Chapel is assisting the Timmons family.

The family of Gloria Hardy Timmons created this Life Tributes page to make it easy to share your memories.

Send flowers to the Timmons family.