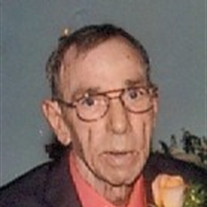 Conway, SC… Harry Lynn Lloyd III, age 78, passed away Saturday, February 19, 2022. Mr. Lloyd was born in West Virginia a son of the late Harry Lynn Lloyd II and the late Dorothy Fagg. Mr. Lloyd was a master welder and master machinist and was a veteran of the United States Air Force. He worked on a variety of aircraft during his service, from the B-1 Bomber up to the U.S. Space Shuttle. Mr. Lloyd enjoyed fishing, poker, and playing semipro softball. He was also a train enthusiast and had an extensive train collection. Mr. Lloyd will be remembered as a loving father and grandfather. In addition to his parents, he was predeceased by one brother, Frank Lloyd. Survivors include one son, Harry Lynn Lloyd IV (Judy) of Conway, SC; one daughter, Brenda Perevosnik of Cleveland, OH; five grandchildren, Cody Lloyd of Burlington, MA, Colton Lloyd (Jessica) of Conway, SC, Calvin Lloyd of Conway, SC, Victoria Perevosnik of Cleveland, OH, and Samantha Perevosnik of Cleveland, OH; one brother, Anthony Lloyd of West Virginia; and one sister-in-law, Sharon Lloyd of Columbus, OH. Services will be private. Please sign an online guestbook at www.goldfinchfuneralhome.com Goldfinch Funeral Home, Conway Chapel is in charge of the arrangements.

The family of Harry Lynn Lloyd III created this Life Tributes page to make it easy to share your memories.

Send flowers to the Lloyd family.