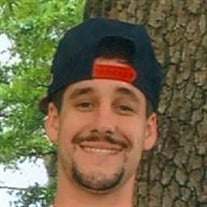 Longs... Heath Watson, age 26, passed away Sunday, June 5, 2016. Heath was born in Loris, a son of Wendy Todd Dorman and the late Bill Watson, Jr. He was a member of Living Water Baptist Church and was a kind, loving, and hard working son,... View Obituary & Service Information

The family of Heath Watson created this Life Tributes page to make it easy to share your memories.

Send flowers to the Watson family.