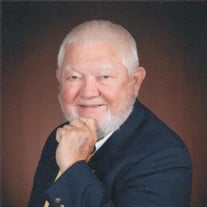 James Thomas Owens, aged 83, of 1214 Owens Drive in Myrtle Beach, died Sunday, April 17, 2022, surrounded by his family. Mr. Owens was a native of Myrtle Beach, where he graduated from Myrtle Beach High School in 1956. He went on to earn an undergraduate degree from Davidson College in 1960 and a master’s degree from the University of North Carolina at Chapel Hill in 1961. As an ROTC graduate, he served in the U.S. Army as an infantry company commander from 1961 to 1963, after which he joined International Business Machines (IBM) in Poughkeepsie, New York, as a computer programmer. After serving in various capacities around the world with the company, he retired to South Carolina in 2000 and later returned to his ancestral home in Myrtle Beach. Jim was an active youth member in the First Baptist Church while in school in Myrtle Beach, and was active in many different congregations and other elements of the Evangelical Lutheran Church in America and the Church of England as an adult. He was a member of Shepherd of the Sea Lutheran Church in Garden City, SC, since 2013. In the community, Jim was an elected member of the Board Of Education of Kingston, NY; a member of the Board of Directors of Lutheran Family Services of the Carolinas; and an organizing member of the Board of Directors of (Alzheimer’s) Respite Care of Charleston, SC. In Horry County, he served as a member of the Board of Directors of United Way of Horry County, and Neighbor-to-Neighbor, a local service for elderly shut-ins, where he also volunteered as a driver. He also stepped forward as a reader in Freedom Readers, a local service to promote literacy among disadvantaged children. Jim was the son of the late John William Owens and the late Edith Elizabeth Bellamy of Myrtle Beach, and was the stepson of the late Wilson Don Owens. He was predeceased by a son, Philip Kevin Owens, and by his sister, Ada Evelyn Owens Hearl and her husband, Joseph Walter Hearl. He is survived by his wife of 59 years, Kathryn Jean Case, of Akron, OH; a daughter, Elizabeth Owens van Hulst (Dr. Noe) of Paris, France; a son, Michael Christopher Owens (Dr. Traci Ardren) of Miami Springs, FL; and a son, Dr. Scott O. Rohrbach (Gail) of Greenbelt, MD. The delight of his life was his eleven grandchildren, Ryan, Logan and Kelly Hunter; Morgan and Cyrus Owens; Alex and Rhys Rohrbach; Jessica and Nathan Schot; and Danny and Sol van Hulst. His extended family included two foster sons, Truman and Tai Troung, and their wives and children; plus several nieces and nephews. Funeral services will be held at Shepherd of the Sea Lutheran Church and will be live streamed on their web site at https://shepherdofthesea.com/ at 2 PM on Wednesday, April 20. In lieu of flowers, the family requests that donations be made to either Neighbor-to-Neighbor of South Carolina, PO Box 3030, Myrtle Beach, SC 29577; United Way of Horry County, PO Box 50016, Myrtle Beach, SC 29579; or Shepherd of the Sea Lutheran Church, 2637 Hwy. 17 Business South, Garden City, SC 29576. Goldfinch Funeral Home, Carolina Forest Chapel, is assisting the family.

James Thomas Owens, aged 83, of 1214 Owens Drive in Myrtle Beach, died Sunday, April 17, 2022, surrounded by his family. Mr. Owens was a native of Myrtle Beach, where he graduated from Myrtle Beach High School in 1956. He went on to earn an... View Obituary & Service Information

The family of James Thomas Owens created this Life Tributes page to make it easy to share your memories.

Send flowers to the Owens family.