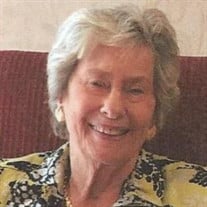 Jane Hazzard Melvin, 82, passed away peacefully at home on September 7, 2021, in the presence of family. Jane was born November 9, 1938 in Chapel Hill, NC, to the late John Potter “Jack” Hazzard III and Lois Sykes Hazzard. The family relocated to Georgetown, SC when Jack acquired Wedgefield Plantation, and Jane was raised there with her younger sister Della, older brother John, half-sister Julia, and stepsister Barbara. Jane later recalled memories of working on her father’s egg farm during those years. She attended Winyah High School, where she was a member of the Pep Squad and newspaper staff, graduating in 1957. She attended Converse College in Spartanburg, SC before marrying the late John Barnhardt in 1959. They lived for a time in Chapel Hill, where their son Jack was born in 1960. The family relocated to Concord, NC, where their daughter Della was born in 1962. Jane was a devoted wife, mother, homemaker, chef, fashionista, social butterfly, and UNC Tarheel fan over the next 20 years, raising Jack and Della, serving in her church, entertaining friends, and being the very definition of the “woman behind the man” during John’s burgeoning business career. In 1984, Jane divorced John and relocated to Pawleys Island, SC, to be near her father, Jack and stepmother, Helen Hazzard. In 1985, her life changed forever when she met retired Marine Col. John B. Melvin of Annapolis, MD, at a social gathering in Raleigh, NC. Shortly thereafter, John informed Jack and Helen of his honorable intentions, and Jane and he were married in 1986 in a private ceremony at the home of Jane’s half-sister Julia Merck. This was much to the chagrin of Jane’s sister and daughter, and John’s children, who chided Jane for years about their exclusion from that special day. When Jane expressed a desire to sell her condo and build her dream home, John initially balked, but as an avid golfer he conceded to Jane’s wishes when he learned that the house could stand directly between the 1st green and 18th fairway at Litchfield Country Club. Jane’s decorating expertise and gardening skills were painstakingly applied, as was John’s attention to detail in every feature and creature comfort, and the house became a showplace of southern style and charm. The ensuing 35 years consisted of a steady stream of entertaining friends and extended family, faithful service to the “Old Church” at All Saints, and world travel with their closest friends across 4 continents, all wrapped up in a love and devotion between Jane and John that was felt by everyone in their presence. Jane was preceded in death by her husband, Ret. Col. John Melvin; son, Jack Barnhardt; father, Jack Hazzard; mother, Lois Hazzard; stepmother, Helen Hazzard; sister, Della Emilian; and brother, John Hazzard IV. Jane is survived by her daughter, Della Ellis (Chip) of Tucson, AZ; grandson, Reed Ellis, and granddaughter, Jane Ellis, both of Tucson; granddaughter, Brittany McIlwaine (Charlie) of New London, NC; great-grandsons, Ellis and Elon McIlwaine; half-sister, Julia Merck (Hans Utsch) of Charleston, SC; stepsister Barbara Dabbs of Summerville, SC; stepdaughter, Debra Farrell (Mike) of Pawleys Island, SC; stepson, John Melvin, Jr., and stepdaughters, Elizabeth Melvin and Jennifer Melvin, all of Annapolis MD; step-grandsons, Matthew Melvin (Chelsea) of Seattle, WA and James Melvin of San Diego, CA; step-granddaughters, Lindsay and Sarah Farrell of Annapolis and Madeline Hughes of Denver, CO; and brother-in-law Don Emilian (Flora) of Birmingham, AL. A memorial service for Jane will be held Saturday, September 18, 2021 at 2:00 pm in the “Old Church” at All Saints in Pawleys Island, with a reception immediately following at Litchfield Country Club. In lieu of flowers, the family requests donations in memoriam to Jane be sent to All Saints Church, 3560 Kings River Rd, Pawleys Island, SC, 29585

The family of Jane H. Melvin created this Life Tributes page to make it easy to share your memories.

Jane Hazzard Melvin, 82, passed away peacefully at home on September...

Send flowers to the Melvin family.