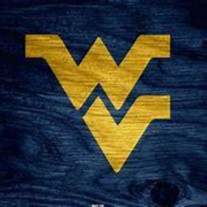 John G. Hagaman, of Pawleys Island, SC went to be with the Lord, Monday, September 28, 2020 at MUSC in Charleston, SC. John was born in Portsmouth, Ohio, April 18, 1955 to Jesse and Alice Hagaman who preceded him in death. John worked on the Norfolk Southern Railway as an Engineer in Williamson, WV. In 1996 he became disabled and could no longer work. He then devoted himself to working in the community with the local baseball teams and his church. In 2000 he and his family moved from West Virginia to Pawleys Island. John was known in the Pawleys Island community as “Coach Hag.” He devoted much of his time to the youth baseball and then became involved with baseball at Waccamaw High and the American Legion Baseball. He was instrumental in starting the B- Team baseball there. He worked with the baseball teams at all levels for 18 years. He made an impression on so many young people in West Virginia and South Carolina and will be missed and remembered for years to come. He was a devoted husband, father, grandfather, brother, and much more. He had a strong faith in God and attended the Pawleys Island Community Church. He is survived by his loving wife of 46 years, Jennifer Mounts Hagaman; his daughter, Sarah Colegrove of Pawleys Island, SC, and a son, Zack Hagaman and soon to be daughter-in-law, Savannah Williams of Charleston SC; two grandsons that he cherished, Justin and Caleb Colegrove of Pawleys Island; a sister, Ruth Ann Hagaman of South Williamson, KY; mother-in-law Lois Mounts of Pawleys Island; sister-in-law Glora Jean Williamson of Pawleys Island; a niece, Emily (Tom) McNeeley of Pawleys Island; nephew Kevin (Jamie) Williamson of Myrtle Beach; and two great nieces Ansley McNeeley and Savanna Williamson. There will be a memorial service for John, Saturday, October 3, 2020 at 3:00 PM at the Pawleys Island Community Church in Pawleys Island, SC. The family will begin receiving friends at 2:00 PM. All friends and family are invited to attend. All floral arrangements for the service should be delivered to the church. Please sign an online guestbook at www.goldfinchfuneralhome.com. Goldfinch Funeral Home, Beach Chapel is serving the family.

John G. Hagaman, of Pawleys Island, SC went to be with the Lord, Monday, September 28, 2020 at MUSC in Charleston, SC. John was born in Portsmouth, Ohio, April 18, 1955 to Jesse and Alice Hagaman who preceded him in death. John worked on the... View Obituary & Service Information

The family of John G. Hagaman created this Life Tributes page to make it easy to share your memories.

John G. Hagaman, of Pawleys Island, SC went to be with the Lord,...

Send flowers to the Hagaman family.