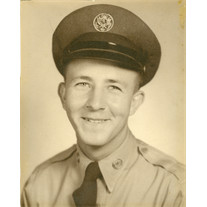 Loris... Joseph Berlyn Hardee, age 80, passed away Tuesday, March 25, 2014. Mr. Hardee was born in Horry County, a son of the late Nathan Cromwell Hardee and the late Gracie Viola Leigh Hardee. He was a member of Glendale Baptist Church where he was a deacon and was on the Board of Trustees. Mr. Hardee was a former Vice Commander of Chapter 73 of the Disabled American Veterans and enjoyed driving the DAV patient transport van for Veterans for many years. He received the DAV's National Commander's Award for completing over 150,000 miles as a volunteer driver for the DAV Transportation Network. Mr. Hardee also received the Caring For Others Award from Woodmen of the World. He was presented with The President's Call to Service Award by the President's Council for his volunteer service and civic participation. In addition to his parents, he was predeceased by two brothers, Albert Hardee and Carl Hardee. Survivors include his wife of 57 years, Ruby C. Hardee of Loris; two sons, Ricky Hardee and his wife Leslie of Nichols and Glenn Hardee and his wife Carmen of Loris; five grandchildren, Allison Resseguie of Myrtle Beach, Josh Hardee of Nichols, Zac Hardee and Erin Hardee of Loris, and Rachel Hardee of Nichols; one great-granddaughter, Addison Resseguie of Myrtle Beach, and one sister, Myrtle Stevens of Loris. Visitation will be Wednesday, March 26, 2014, from 6:00 pm - 8:00 pm at Goldfinch Funeral Home, Loris Chapel. Funeral services will be Thursday, March 27, 2014, at 3:00 pm at Glendale Baptist Church with Rev. Fred Holmes and Rev. John Holmes officiating. Burial with military honors will follow in the Twin City Memorial Gardens. The family would like to thank his personal caregivers, Patsy Fowler, Natalie Hughes, and Vi Norris as well as the Agape Hospice staff. Charitable contributions may be made to Lewy Body Dementia Association, 912 Killian Hill Road SW, Lilburn, GA 30047, or Agape Hospice, 128-A Professional Park Drive, Conway, SC 29526. Please sign an online guestbook at www.goldfinchfuneralhome.com Goldfinch Funeral Home, Loris Chapel is serving the family.

The family of Joseph Berlyn Hardee created this Life Tributes page to make it easy to share your memories.

Send flowers to the Hardee family.