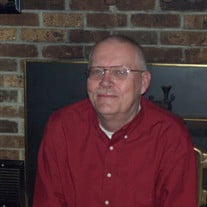 Larry E Carlson, Sr (Lars Karlsson), most recently of Murrell’s Inlet, SC passed away unexpectedly after complications from surgery. He was 81. Surviving Larry is his loving wife of 58 years, Ruth (Akins) Carlson, his son Larry Jr (57) and wife Marla, as well as his Daughter Kristine (Kricket) (49) and husband Joey, and grandchildren Luke Carlson (Jess), Karissa Stell (Nick) and Gregory Stell. Larry and Ruth were also blessed with another son, Gregory Allen Carlson who passed in 1969 at the age of 4. Predeceasing Larry were his parents Eskil Henning George and Virginia Mae Carlson (Karlsson), as well as brother Ron. Larry also has a sister, Sandra. Larry was quite proud to be a First Generation American, honoring the fact his Father, Eskil Henning George Karlsson left Sweden for the promise of a better life in the US in 1937. Landing in Ellis Island changed the Karlsson Destiny (as well as our name – to Carlson) so many years ago. Larry became the first Carlson to graduate College…a Mechanical Engineer from Milwaukee School of Engineering (MSOE) in 1963. MSOE gave Larry an excellent foundation and, when combined with his years of experience and penchant for continuous learning throughout his career, helped Larry secure his goal of becoming a Professional Engineer in 1972; a significant, personal achievement held dearly by Larry throughout his life. This professional accomplishment was eventually matched when he attended Harvard in it’s Executive Program. Larry was the quintessential animal lover and had pets throughout his life – ranging from cats and dogs to even the occasional iguana or hermit crab. Frig, Shadow and Jake held special places in his heart as his last 3 canine companions who journeyed with Dad for the final 30 years of his life. Larry (Dad) was smart – super smart……he was “Google” before “Google” was “Google”. He was a man of integrity, a man of honor, quiet and reserved much of the time, and a Manhattan drinking, pool shark, Polka playing, Accordion Master who stomped a Polka-beat with his right foot that got people to start dancing, clapping and partying when the mood hit him. One of his favorite toasts was, “May you get to Heaven before the Devil knows your dead”. Dad – we hope you laid rubber on that journey and are playing Beer Barrell Polka’s in Heaven Dad was a great Man. We will miss him – dearly. In lieu of flowers, please send donations to Franklin County Animal Rescue (www.franklincountyanimalrescue.org) or Missisquoi Valley Rescue (www.mvrvt.org) Goldfinch Funeral Home Beach Chapel, is assisting the family.

The family of Larry E Carlson Sr created this Life Tributes page to make it easy to share your memories.

Send flowers to the Carlson family.