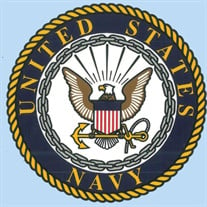 Martha "Marge" Chapman, age 104, of Murrells Inlet, passed away Friday, July 2, 2021 at NHC Garden City. She was born on October 20, 1916 in Newark, NJ to the late Christian & Martha Gerbert. Marge served her country in the U.S. Navy during World War II and was honorably discharged in 1945. She joined the Navy with her sister so they could get away but be together but her sister was stationed in New York and Marge was stationed in Texas. It was in the Navy that they trained her to be a dental hygienist and she met her husband, Burdette. He repeatedly returned for teeth cleanings until he had the courage to ask Marge to dinner. They dated and were later married and were married for 64 years until Bud's death in 2009. Throughout their marriage and because of their military service, they lived in Trinidad, Indiana and Ohio. After Marge was discharged from the Navy in October 1945, she worked 5 years in Indiana putting shelves in refrigerators at Crosby Refrigerators to help put Bud through school. Upon moving to Ohio, Bud and Marge started vacationing in Myrtle Beach, SC and fell in love with it and finally moved and made it their home. Marge loved going to the beach, looking for sharks teeth, being outside, reading, being with people and on her own, keeping up with the news, animals, soft music and cooking. She was preceded in death by her husband of 64 years, Burdette "Bud" Chapman; two brothers and a sister. Those wishing to attend Ms. Chapman's graveside service will be gathering at Goldfinch Funeral Home, Beach Chapel at 10:00 am, Friday, July 9, 2021 to leave in procession accompanied by the Patriot Guard Riders to Ocean Woods Cemetery for an 11:00 am graveside service, with Rev. J. Kirk Lawton officiating and military honors. To sign an online guestbook, please visit www.goldfinchfuneralhome.com. Goldfinch Funeral Home, Beach Chapel is handling the arrangements.

Martha "Marge" Chapman, age 104, of Murrells Inlet, passed away Friday, July 2, 2021 at NHC Garden City. She was born on October 20, 1916 in Newark, NJ to the late Christian & Martha Gerbert. Marge served her country in the U.S. Navy during... View Obituary & Service Information

The family of Martha "Marge" Chapman created this Life Tributes page to make it easy to share your memories.

Send flowers to the Chapman family.