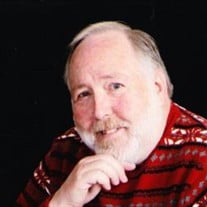 Dr. Melvin R. Hecker Jr., husband of Jayne Hecker, passed away at his home on Tuesday, May 25, 2021. Born November 19, 1946 in Chicago, IL, he was the son of the late Melvin R. Hecker Sr. and the late Magdalen Kiernan Hecker. Mel and Jayne were married in 1972 and traveled extensively, including jaunts through Europe, Africa, and Israel. They both graduated with nursing degrees in 1979 and Mel received his B.A. Degree from Purdue University in Indiana in 1981. He attended medical school at the University of Osteopathic Medicine and Surgery in Des Moines, IA and received a degree in Osteopathic Medicine in 1985. Upon completion of his Emergency Medicine Residency in York, Pennsylvania, he commissioned as an officer in 1987 at Shepard Air Force Base in Wichita Falls, TX. The couple moved to Conway, SC in 1990 where Dr. Hecker practiced at Conway Hospital (Conway Medical Center) until his retirement in 2011. He has been a parishioner of St. James Catholic Church in Conway, SC since 1990. He served as a medical director of Horry County EMS and Surfside Beach Rescue Squad and participated in other health needs within the community. Mel honorably served in the U.S Air Force as Air Police during two tours in Vietnam. After separating from enlisted service in 1969, he commissioned as an officer and physician in 1987, attaining the rank of Captain until his final separation in 1990. His decorations include the Chief Physicians Badge, Vietnam Service Medal with six oak leaf clusters, Republic of Vietnam Gallantry Cross with Palm, Air Force Commendation Medal, Air Force Outstanding Unit Award with Valor Device and three oak leaf clusters, among numerous others. In addition to his parents, Melvin and Magdalen Kiernan Hecker, Mel was preceded in death by his brother, James Hecker and his in-laws, Robert Christensen and Genevieve Pocius Christensen. Survivors include his loving wife of 49 years, Jayne Alyce Christensen Hecker; his children, Aaron James Hecker and his wife Jennifer, and Sarah Jayne Hecker Garvey and her husband James; his grandchildren, Rhianna Lynn Phillips, Emily Michele Garvey, Rebecca (Becca) Lee, Lauren Lee, Nicolas Lee, Allyson Jayne Hecker, and Cameron Michael Hecker; his siblings, Raymond Hecker and his wife Penelope, Dr. Richard Hecker and his wife Dr. Kelly Spence, Dr. Eileen Hecker Bardolph and Alan Black, Kathleen Hecker Anderson and her husband Dr. Joseph Anderson, Dr. Roger Hecker and his wife Jennifer, Robert Hecker and his wife Melissa, Dr. Maureen Hecker Rodriguez and her husband Julio; a special cousin, Ronald Hecker and his wife Judith; and a host of nieces, nephews, and other extended family. A funeral mass will be celebrated at 3:00PM Friday, May 28, 2021 St. James Catholic Church, officiated by Father Oscar Borda. Burial with Military Honors will take place at a later date at Ft. Sam Houston National Cemetery in San Antonio, TX. Memorial donations in lieu of flowers may be made to Veteran Organizations Tunnel 2 Towers via phone at (718) 987-1931 or email at [email protected] or Gary Sinise Foundation at 1-(800) 959-TAPS(8277) or email at [email protected] In accordance with current guidelines, face masks will be required at the mass. Please sign the online guest register at www.goldfinchfuneralhome.com Goldfinch Funeral Home, Conway Chapel, is in charge of the arrangements.

Dr. Melvin R. Hecker Jr., husband of Jayne Hecker, passed away at his home on Tuesday, May 25, 2021. Born November 19, 1946 in Chicago, IL, he was the son of the late Melvin R. Hecker Sr. and the late Magdalen Kiernan Hecker. Mel and Jayne... View Obituary & Service Information

The family of Melvin R. Hecker created this Life Tributes page to make it easy to share your memories.

Send flowers to the Hecker family.