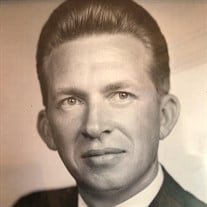 Mel was born in Wheeling, West Virginia, then moved at an early age with his family to Washington, DC. He was a graduate of Anacostia High School, American Institute of Banking and the Stonier School of Banking at Rutgers University. Due to his career in banking he was selected for The Who’s Who in Banking as well as The Who’s Who is the South and Southwest. During his career from the early 1950’s to the mid 1980’s he worked for Washington & Loan which merged with Riggs National Bank. He was an influential banker interfacing with key politicians, foreign diplomats, key military and government officials, as well as renowned artists such as Felix de Weldon, the sculptor or the Iwo Jima Marine Memorial located in Arlington, Virginia. He was in the reserves of the Air National Guard and devoted time to his communities, serving on the Board of Trustees of Cafriz Hospital in Washington, DC, as a member of the Lions Club, National Treasurer of Sea Cadet Corp, Assistant National Treasurer of Navy League US, and as the treasurer of his churches, to name a few of his activities. Mel was an extremely gifted golfer winning many Golf Championships at Oakcrest Country Club, Sea Gull Golf Course (currently The Founders Club) and represented Riggs Bank in many tournaments. He carried a single digit handicap well into his 70’s while he played on the Senior A Players Tour alongside his golf pro. He had a true love of the game! His parents were Mary Lyda, Bert Hileman and he was the youngest of their four sons. His older brothers Floyd and George served in the Air Force and gave their lives during WWII, while Robert served in the Air Force during WWII as well and currently lives in Pawleys Island, SC. Mel is survived by Elizabeth, his wife and High School sweetheart, his daughter Victoria, his son Scott, and his older brother Robert. Mel and Elizabeth met on a Potomac River mid-night cruise the summer before their Senior year in High School. From that point on they were inseparable and celebrated 71 years of marriage. Mel never met a stranger, had unwavering faith in God, did his best to help others and stood up for what was right, even at great risk to himself and his family. He was the best of the best.

Mel was born in Wheeling, West Virginia, then moved at an early age with his family to Washington, DC. He was a graduate of Anacostia High School, American Institute of Banking and the Stonier School of Banking at Rutgers University. Due to... View Obituary & Service Information

The family of Melvin J Hileman created this Life Tributes page to make it easy to share your memories.

Mel was born in Wheeling, West Virginia, then moved at an early...

Send flowers to the Hileman family.