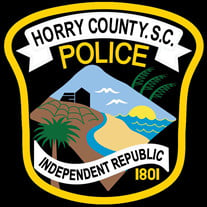 On Wednesday, Aug. 19, 2020, Michael “Mike” Ambrosino, passed away at the age of 58 after a prolonged fight against COVID-19 and the complications that followed. Mike was born on Jan. 25, 1962, in Gloversville, New York, to Joseph and Billy Ambrosino, and he had five siblings. Mike was a loving husband and father, and an accomplished law enforcement officer with more than 32 years in service. Mike’s first 25 years in law enforcement were spent with the New York State Department of Corrections, Philmont Police Department, and Coxsackie Police Department. Over the course of his career, he gained a reputation for integrity and received more awards for meritorious service than one could hope to count. After retiring from New York State, Mike and his family moved south with their sights set on more free time for boating and adventures, both of which Michael loved very much. But, no sooner than Michael had found his sea legs, he dove back into law enforcement with Horry County Police Department (HCPD) and swam right onto the Beach Patrol team. Over the more than seven years Mike spent with HCPD, he served on South Precinct Patrol, Beach Patrol, Honor Guard, and as a Team Leader for the SWAT Negotiations Team. Like the photos of the sunrise on the beach that he would take before each shift, Mike saw every day as a new opportunity for something great and beautiful. When Mike came to work, he put his all into helping others--fellow officers and community members alike--and doing it with a smile and wry humor. Whether it was responding to calls for service on shift, or volunteering after-hours to run traffic control for a local church, Mike gained the respect and friendship of all who knew him. He epitomized the HCPD core values of honor, commitment, pride, and dedication. Outside of work, Mike was always on the move, always active, always doing something fun, especially in the great outdoors. He often competed in mud runs and went on scuba diving excursions with his younger son, Tanner, and he relished hunting trips and monster jams with his older son, Ryan. At the end of every day, Mike could be found sitting back and catching up with his wife, Tracey, enjoying time together at home with good food, better drinks, and only the best company. No matter what, everyone knew they could always count on Mike for a prank or a story, and often both at the same time. But, those who were close to him also knew that they could count on him for so much more—the thing that needed fixing, the work that needed doing, the friend that needed help. He was always there and willing to lend a hand, whether it was doing a Jeep upgrade or talking through a tough situation. That’s how he’ll be remembered, always reaching out and willing to help others in. Mike is survived by his wife, Tracey, his children, Ryan and Tanner, and his siblings, Mark, Alicia, Robin, Paul, and Danny, and each of their families. A small, private memorial service with be held on Tuesday, Aug. 25, 2020, at 9 a.m. at Goldfinch’s Funeral Home on Frontage Road in Murrells Inlet. A procession to the Myrtle Beach State Park pier will follow, where family and friends will hold a brief ceremony by the sea that he loved so deeply. Community members are invited to join the family on the beach near the pier. In accordance with CDC regulations, face coverings and/or social distancing are required. In lieu of flowers, the family requests that donations for some of Mike’s favorite community programs—Shop with a Cop and Special Olympics—be sent to Horry County Police Department at 2560 N. Main Street, Suite 7, Conway, S.C. 29526. Goldfinch Funeral Home, Beach Chapel is honored to serve the Ambrosino family.

The family of Michael H. Ambrosino created this Life Tributes page to make it easy to share your memories.

Send flowers to the Ambrosino family.