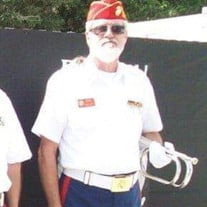 Longs...Michael T. Breighner, age 74, passed away Friday, January 7, 2022 at his home. Mr. Breighner was born November 10, 1947 in Portsmouth, VA, a son of the late Harvey and Doris March Breighner. Mr. Breighner graduated from Burroughs High School in Ridgecrest, CA in 1966 and retired from Caterpillar in York, PA. He was a U.S. Marine Corps Veteran where he served from 1966 until 1972. He did a tour in Chi Linh Vietnam from 1967 until 1968. Mr. Breighner was a life member of the Veterans of the Vietnam War Inc. and the V.F.W. Chapter 10386 in Kingman, AZ. He did a lot of work on Veterans issues and was a member of the Marine Color Guard in Kinsman, AZ. Mr. Breighner loved riding his Harley, go on Poker Runs and rode with the Patriot Guard in AZ. He was predeceased by a son, William Breighner and a brother, Daniel Breighner. Surviving are his wife, Cathy Breighner, two sons, Michael J. Breighner and his wife, Nicole, of Alabama and Justin Breighner and his wife, Meghan of SC, one daughter, Tabitha Breighner of Alabama, one stepson, Jeremy Markley of PA and one sister, Tina Hurst of PA. Funeral services will be held at 12:00 PM Thursday at Goldfinch Funeral Home, Loris Chapel. The family will receive friends from 11:00 AM until 12:00 PM Thursday at the funeral home. To view the funeral service via livestream, please click the link below. https://vimeo.com/665659777 Please sign an online guestbook at www.goldfinchfuneralhome.com Goldfinch Funeral Home, Loris Chapel is in charge of arrangements.

The family of Michael T. Breighner created this Life Tributes page to make it easy to share your memories.

Send flowers to the Breighner family.