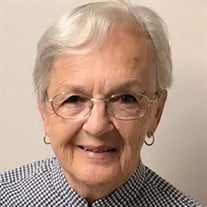 Olivia Jane Nettles Holshouser, 83, of Garden City Beach died Tuesday, February 2 due to complications related to Parkinson’s Disease. Mama Jane was preceded in death by her husband of 57 years, Walter Carrol Holshouser, and a grandson, Timothy Carrol “TC” Cox. She is survived by a daughter, Sarah Marie “Sam” Cox (Bryan) of Murrells Inlet, a son, Gregg Holshouser (Terri) of Garden City Beach; a granddaughter, Olivia Cox of Murrells Inlet and a sister-in-law, Ann Owen of Huntersville, N.C., Jane was born July 29, 1937 in Mullins and grew up in Marion, the daughter of the late Louis and Ola Nettles. She was a 1955 graduate of Marion High School and was named the 1954 Homecoming Queen. She then attended the University of South Carolina in Columbia where she met the love of her life, Carrol. They both graduated in 1959 and were lifelong supporters of the University and fans of the Gamecocks. The couple were also married in 1959. Jane was a versatile, talented and accomplished lady, and, with Carrol, spent her life working hard to provide for her family of four. She began a career that spanned three decades teaching at the University of South Carolina-Lancaster, from 1962-1984. She culminated her education by earning a Master’s Degree in Science Business Education from Winthrop College in 1972 and finished her career at USC-Lancaster as Professor in the School of Secretarial Science and Data Processing. Carrol and Jane had established a second home in Garden City Beach in the early 1960s, and in 1979 founded a successful business, Custom Outdoor Furniture & Restrapping, which has stood the test of time in the Myrtle Beach area and continues to flourish 42 years later. Jane retired from USC-Lancaster and worked side-by-side with Carrol to grow and expand the business at the beach, eventually passing ownership to their children and granddaughter, Sam, Gregg and Olivia. Jane wore many hats while working for over 30 years at Custom Outdoor Furniture, officially as Financial Manager, but doing whatever it took to keep the business running smoothly. She was even known to occasionally restrap lounge chairs in the workshop and handle deliveries to hotels along Ocean Boulevard in Myrtle Beach as needed. The couple’s tireless efforts in the business were appropriately recognized in 2010 when Carrol was named Hospitality Services Member of the Year by the Myrtle Beach Area Hospitality Association. Jane and Carrol loved the ocean and saltwater fishing, and by the 1980s, both had obtained their charter captain’s license. From the late 1970s through the early 2000s, they operated charter fishing boats, the final one fittingly named Jane-Carrol, out of the old Gulf Stream, Inlet Port and Voyagers View marinas in Murrells Inlet. The couple also enjoyed traveling and took many excursions to the islands of the Caribbean. Funeral services will be held at 4 p.m. on Sunday, Feb. 7 at Belin Memorial United Methodist Church in Murrells Inlet, with limited seating and safety protocols in place due to COVID-19. For those who cannot attend live stream will be available at www.belinumc.org. An online guestbook is available at www.goldfinchfuneralhome.com. In lieu of flowers, memorials may be made to Belin United Methodist Music Ministry, PO Box 528, Murrells Inlet, SC 29576. For more information, visit www.belinumc.org, call 843-651-5099 or e-mail [email protected]

The family of Olivia Jane Nettles Holshouser created this Life Tributes page to make it easy to share your memories.