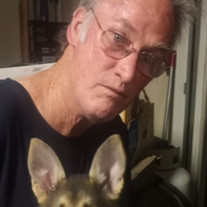 Steve (Paul Steven Leddy) was born on February 29, 1952 in Hartford, CT, to Paul Edward Leddy and Elizabeth McGuire Leddy Ellis. Steve was the second of the 5 Leddy children. Steve passed away unexpectedly on Sunday, January 23, 2022 in South Carolina. Steve is survived by his beloved wife of 45 years Joann their children Shawn and Erin as well as his grandchildren, Caleb, McKenzie and Daniel Leddy and Steven Paul Leddy whom he adored. He also leaves his step grandson Joseph Wooten. Steve and Joann met on Good Friday in 1972 and were married on November 6, 1976 in Connecticut. Steve and Joann celebrated their 45th wedding anniversary in November of 2021. He leaves, his brother James Leddy and sisters Maureen Lee Leddy and Sharon Leddy Hamilton. In addition, his nephews, Ryan Leddy and Justin and Brett Caruso who have many Uncle Steve stories! Both his parents and step mother, Joan McCarthy Leddy, and sister Patricia Leddy Blankfard as well as his daughter in law, Kathryn Leddy predeceased him. Steve was educated and raised in Windsor Locks. The Leddy household was full of laughter, good food and many shenanigans. One of our favorite stories that was told in later years, was when our mom was missing pots, pans, dishes and blankets and could not figure out what, when, where. Of course we knew nothing of the whereabouts of these items. Well one of us did, it seems that Steve, built a campsite down at Kettle Brook and it was fully stocked. Steve and Joann raised their children in both Windsor Locks (not far from The Leddy homestead) and Manchester, CT. Subsequent to that they decided to move to South Carolina and they have lived there for 20 plus years. Steve, followed his dad's footsteps and became a plumber with The Pipefitter and Plumbers, Union Local 777. Upon relocating to South Carolina, he owned and operated Steve Leddy Plumbing for many years serving both commercial and residential customers. Steve never said no to a customer, and if finances were an issue, the work was done at no charge. He would go on calls whether they be early morning or late evening. Many of his customers became good friends. Steve was opinionated, funny, kind and a loving husband and father. He was a food connoisseur and loved to grocery shop, cook, grill and bake. And cook he did, everything was top notch and in abundance. You never left their house with an empty stomach. And of course he loved his Dewar's Scotch. He recently told us he liked Dirty Martini's…. who knew? Steve loved dogs and he and Joann owned many different breeds throughout the years, their dogs were loved immensely, well trained and very spoiled. When he came back to CT for a visit, he had to go Highland Park Market and The Crown market and brought his favorite foods back to South Carolina. Steve always made sure that he purchased Joann's favorite Munson's Candies. Steve loved sharing recipes with his sister, Sharon. She now makes Steve's Stew. Our family has great memories of Riverton, Misquamicut, and skiing at Stratton, Killington and In Colorado. We spent several Easter holidays with Steve and his family in South Carolina. Steve would arrange for our condo and upon arrival, the unit was stocked with our favorite foods, snacks and beverages. Steve lived his life on his own terms, his way and only his way! That being said, he was the ultimate caregiver to family and friends. He was a storyteller and kept everyone amused by his adventures and experiences. Life presented many challenges to Steve, Joann, and their family. He prevailed and continued to keep a positive attitude. He lived hard, strong and had so much love for his wife and best friend Joann, his children and grandchildren. Steven, you did it, you took life by storm, played hard, loved hard and created wonderful memories for all of us. We will all miss you more than you will know and know that Mom, Dad, Joan, Patty and other family members will welcome you with open arms. Please rest in peace and we will look in the sky each night to see your star. We love you and thank you for all that you did for all of us. A celebration of Steve's life will be on Friday, February 4th, 2022 at 2:00PM at Goldfinch Funeral Home, Conway Chapel. The family will receive friends following the memorial service. In Lieu of flowers the family requests that donations in Steve's name be made to The American Heart Association or The American Diabetes Association via the following links. Please sign the online guest register at www.goldfinchfuneralhome.com Goldfinch Funeral Home, Conway Chapel, is in charge of the arrangements.

The family of Paul S. "Steve" Leddy created this Life Tributes page to make it easy to share your memories.

Send flowers to the Leddy family.