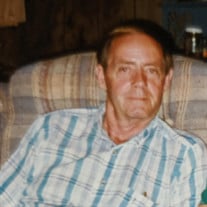 Rayford Haynes Pait age 79, passed away Saturday, February 29, 2020. Born in Bladenboro, NC and was married and lived in Hartsville, SC, he was a son of the late Ralph and Leola Pait. A resident of Surfside Beach for over 40 years, Rayford... View Obituary & Service Information

The family of Rayford Haynes Pait created this Life Tributes page to make it easy to share your memories.

Send flowers to the Pait family.