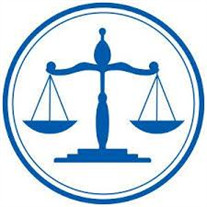 Richard J. Boles, age 86, of Murrells Inlet, SC passed away unexpectedly on Wednesday, December 11, 2019. Born in Cambridge, MA, he was a son of the late Francis F. and Mildred L (Plunket) Boles and husband to the late Susan Edgerton Boles, his soul mate for 58 years. Mr. Boles was a respected attorney, specializing in tax law, for many years. A graduate of Brookline High School in 1954 and the Massachusetts Maritime Academy, where he received a B. S. degree in Marine Engineering in 1957, he became a licensed Engineering Officer in the US Merchant Marines and a Lt. in the US Navy, serving a Chief Engineer on the Destroyer U.S.S John W. Weeks from 1957–1960. He then served as Construction Engineer on the U.S.S. Enterprise, the first nuclear powered Air Craft Carrier from 1960–1963. Following his service to the Navy, he attended University of North Carolina Law School and was awarded a J.D. Degree in 1966. He then clerked for the Chief Judge of the Federal District Court for the Eastern District of North Carolina. He published numerous articles in various journals on taxation and estate planning , including the North Carolina Law Review. He authored the North Carolina Foreign Legal Consultants Act, Chaired the section of International Law for the North Carolina Bar Association and taught a course in International Taxation at the UNC Law School where the foyer to the schools Law Library bears George Beischer and his name. In addition, he taught at the University of Sydney Law School in Sydney, Australia. He held a Commercial Pilots License and was a licensed instrument and airline instructor. He traveled to over 40 countries including the Arctic and Antarctica. Richard is survived by his sons: Richard J. Boles, Jr. of Murrells Inlet, SC and Thomas E. Boles of Durham, NC. A sister, Mildred F. Donovan of Londonderry, New Hampshire also survives. Memorial Mass of the Christian Burial will be held at 10 AM, Saturday, December 21, 2019 at St. Michaels Catholic Church in Murrells Inlet. Please sign the family’s guestbook at www.goldfinchfuneralhome.com

The family of Richard J. Boles Sr. created this Life Tributes page to make it easy to share your memories.

Send flowers to the Boles family.