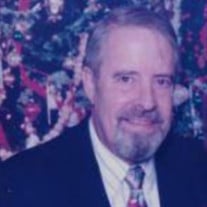 Richard Lee Draper, 84, of Surfside Beach, SC, left his earthly home on August 9th to join Jesus in his heavenly home. He is now reunited with his beloved bride, Agnes Gott Draper, who was called homeward in 2015. We miss them both but rejoice in the legacy of love they left behind and know that they smile down upon us. Born in Waverly, NY, Richard was the son of the late Robert and Helen Draper. He was predeceased by his brothers Alan (Spouse was Olive) and Kenneth (Spouse was Debbie) and sister Roberta. His sister Diana lives with her husband Reverend David Ferguson in Bath, NY. Richard is survived by two awesome sons and three beautiful grandchildren. Robert (Bobby) Draper lives in Surfside Beach, SC and his daughters (with Marcy) are Marisa and Olivia Draper. Craig (Barney) Draper lives in Horsham, PA with his wife Char-Lynn Corscadden Draper and their son is Tim Corscadden. He helped to form the Valley Striders Track Club in Pennsburg, PA, where he became referred to as “Pop” by many of the kids who came through the club and also the Boy Scouts. He was an active member in St. Paul’s Lutheran Church in PA and in Shepherd of the Sea Lutheran Church in SC after moving here in 2000. He was a member of the choir, served as choir director, council member, and served wherever help was needed. Pop had an amazing musical gift that he shared with others through his activity in community theaters and singing groups, and he offered instruction to several teens who have gone on to play professionally. While still in High School, Pop composed an original symphony. In his senior year, the state of NY asked him to conduct his composition for the State Orchestra performance. He went on to attend Cornell University and received a full scholarship from the Peabody Institute of Music. In lieu of flowers, memorial contributions may be made in his memory to the American Cancer Society at https://www.cancer.org/ Goldfinch Funeral Home, Beach Chapel is honored to serve the Draper family.

Richard Lee Draper, 84, of Surfside Beach, SC, left his earthly home on August 9th to join Jesus in his heavenly home. He is now reunited with his beloved bride, Agnes Gott Draper, who was called homeward in 2015. We miss them both but rejoice... View Obituary & Service Information

The family of Richard Lee Draper created this Life Tributes page to make it easy to share your memories.

Send flowers to the Draper family.