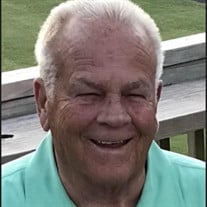 Richard “Rick” L. Young III, age 77, of Little River, SC, passed away peacefully after a short battle with cancer on March 15, 2022, at his home. Rick was born January 23, 1945 (12345) in Charlotte, NC to the late Mr. and Mrs. Richard L. Young Jr. He attended East Mecklenburg High School in Charlotte, NC and graduated from New Hope Solebury High School in New Hope, PA in 1963. He attended St. Andrews Presbyterian College as well as the University of North Carolina at Charlotte. He served in the military during the Vietnam era. He was a Green Beret Special Forces Paratrooper. Even though he was never deployed, he was very proud of his service and his 99 jumps as a paratrooper. Rick is survived by his children Richard L. Young IV, Ashley Chiluck (David), and Alexandra (Alex). He is also survived by two grandchildren Laurel A. Young (17) and Sid J. Budko (1) as well as his sisters Tina Y. Wilson, Jean Y. Holt (Nate) and Ann Y. Schramm and a long list of extended family and friends. Rick is also survived by his best friend, Daisy, a rescue Shih tzu, whom he loved deeply. His career began in selling advertising at The Charlotte News and The Charlotte Observer where his father had been Managing Editor of the Charlotte News and his grandfather was a City Hall Reporter. One of his greatest accomplishments in advertising was being the author and editor of a publication called Charlotte Remembers which included various articles from prominent Charlotteans as well as the advertising of many aspects of Charlotte. Later he specialized in sales and land development eventually becoming the Vice President of Sales and Resort Development for Maritime Corporation in North Myrtle Beach, SC. Using his skills in sales, he also served as Executive Director of Crown Memorial Park in Pineville, NC. The greatest passion in his life was the game of golf. He spent many days playing golf on many of the United States’ most famous golf courses. He made five holes-in-one and even shot “his age” or below “his age” on multiple occasions. If you know golf you know what an accomplishment that is. He loved spending time with his friends and family. He will be best known for his quick wit, generosity, and loyalty. His memorial service will be held on April 30, 2022, beginning at 6:30 pm at the Surf Golf and Beach Club in North Myrtle Beach, SC, 1701 Springland Lane in North Myrtle Beach, SC 29582. His ashes will be spread after the memorial service. Dr. John Earl, former pastor of Avondale Presbyterian Church in Charlotte, NC, will officiate the service. Following the service, a reception will be held for good friends and family at the Surf Club. Please RSVP below in the Comments section with the number of attendees in your party. Goldfinch Funeral Home at Carolina Forest Chapel is assisting the family with arrangements, 325 Hinson Drive, Myrtle Beach, SC 29579. In lieu of flowers, donations to the Humane Society or the ASPCA will be greatly appreciated.

The family of Richard "Rick" L. Young III created this Life Tributes page to make it easy to share your memories.

Send flowers to the Young family.