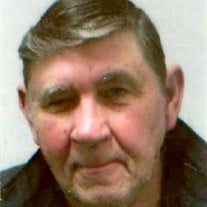 Loris, SC.... Roger G. Evans of Loris, SC passed away Sunday August 16, 2020 with his wife by his side following a short illness. He and his wife Ruth Thompson Evans formerly resided in Dublin and Port Deposit, MD. He was born in Fort Rucker, AL where his father prepared for deployment during WWII. His parents, the late Gwyn and Ima Evans, moved from NC to MD in the nineteen forties and resided in various communities before a permanent move to Dublin. In addition to his wife of 57 years, he is also survived by two sons, Michael (Mary) and John (Sonja); a grandson, Justin (Nichole); two granddaughters, Kimberly and Jessica; a great-grand son Lucas; two brothers, Rodney (Kathleen) and Doyle; several nieces, nephews and cousins. After graduating high school, Roger entered a career as a civilian employee of the U.S. Army at the Aberdeen Proving Grounds. He began as a Mobile Equipment Tester test driving tanks and other military vehicles, worked as a Heavy Equipment Mechanic, an Instrument Maker and the last 20 years as a Quality Assurance Specialist, retiring in 2004 with 31 years of service. Work assignments involved travel all around the USA and overseas. He completed several certificate courses of study in assorted locales including Harvard University. During a break in employment at APG, Roger was also employed for a number of years at Kilduff Motors in Edgewood, MD where he was well known for his expertise in auto body restoration. He was fascinated with all things automotive and was a member of several car clubs. In his younger years he built and drove a drag-race car. He had a passion of building 1930's and 1940's street rods. Over the decades he built several vintage cars and trucks winning many trophies with them. His technique was to dismantle the vehicle all the way down to the chassis, restore each piece, reassemble, then paint and upholster. Roger and Ruth were once square dancers, participating with the Dublin Dances Club and others for a number of years. For decades they enjoyed the RV lifestyle together, often as members of various RV travel clubs. A favorite destination was Myrtle Beach, SC and they eventually retired to that area. Roger was known as a skilled and efficient handyman, frequently called upon by neighbors and friends. A Graveside Service will be held at Bel Air Memorial Gardens in Bel Air, MD at a later date. Goldfinch Funeral Home, Loris Chapel is in charge of arrangements.

Loris, SC.... Roger G. Evans of Loris, SC passed away Sunday August 16, 2020 with his wife by his side following a short illness. He and his wife Ruth Thompson Evans formerly resided in Dublin and Port Deposit, MD. He was born in Fort Rucker,... View Obituary & Service Information

The family of Roger Gene Evans created this Life Tributes page to make it easy to share your memories.

Send flowers to the Evans family.