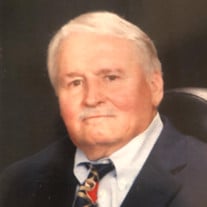 Reverend Roy Michael Ruff passed away on September 14th at his Garden City home of 20 years. He now joins his beloved wife, Sheri, in Heaven. Mr. Ruff was born February 7, 1947 in King’s Mountain, North Carolina to Herman and Grace Ruff. Roy joined the army at age 19 and served his country honorably as a Green Beret. He was a medic and a radio operator with the 5th Special Forces Group. His bravery during the Vietnam War earned him a Purple Heart, Bronze Star Medal and Military Merit Medal. Mr. Ruff was severely wounded during combat in Vietnam. He lost both legs when a landmine detonated while he was in command of his unit. After being honorably discharged from the army, he met and married Sheri Jean Huffstetler and began his life’s work as a father and minister. The couple had two sons and Mr. Ruff earned his Bachelor of Arts degree in Theology from Central Wesleyan College. He led many congregations all over North and South Carolina. Later in his career, he became a hospital Chaplin in Columbia, South Carolina. Roy enjoyed writing poetry, loved Hallmark Christmas movies and made fabulous deviled eggs. Mr. Ruff is survived by his sons: Sean and his wife Amy of Arlington, VA and Christopher and his wife, Priscilla of Toccoa, GA; four beloved grandchildren: Allison, William, Finnley and Emma; his siblings: Steve Ruff, Evelyn Neal and Joel Ruff as well as many cousins, nieces, nephews and friends. He is predeceased by his wife, Sheri Ruff; his sister, Nyoka Galloway, and his parents, Herman and Grace. Services will be held on Friday, September 20th at 11:00 am at Goldfinch Funeral Home, Beach Chapel, 11528 Highway 17 Bypass, Murrell’s Inlet, SC 29576. Burial will follow at Belin United Methodist Church Cemetery. In lieu of flowers, donations can be made to Disabled American Veterans (DAV) at www.dav.org Please sign an online guestbook at www.goldfinchfuneralhome.com. Goldfinch Funeral Home, Beach Chapel is serving the family.

The family of Rev. Roy Ruff created this Life Tributes page to make it easy to share your memories.

Reverend Roy Michael Ruff passed away on September 14th at his...

Send flowers to the Ruff family.