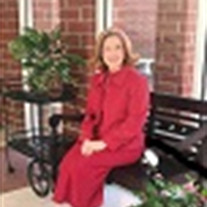 Shirley Holt Huggins (76) May 5, 1944-November 19, 2020 Shirley Holt Huggins of Loris peacefully passed from this World to meet Jesus Thursday, November 19, 2020, after a heroic battle with an illness; she was surrounded by her family. A loving wife, endearing mother/grandmother, and respected teacher/leader, Shirley gave selflessly to others her entire life. Born the third child of Huger Thomas and Estaleen Causey Holt May 5, 1944, Shirley graduated from Green Sea High School in 1962. She then attended Columbia College where she earned a Bachelor's Degree in Elementary Education in 1966; she later earned Masters and Educational Specialist Degrees from the University of South Carolina in School Leadership and Administration. Shirley's love for teaching and children was evident in her work as a teacher, teacher leader, assistant principal, and principal. Her career began in Dillon County where she taught elementary school for four years. She later transitioned to Horry County Schools where she faithfully served Green Sea Floyds Elementary (GSFE) for 40 additional years; 27 of those was as its principal. During her tenure, GSFE earned numerous accolades and was recognized locally, regionally, and nationally. In addition to her work alongside the teachers and students of Green Sea Floyds, Shirley was a devoted member of Pleasant Meadow Baptist Church (PMBC) where she served as a member of the Women's Missionary Union (WMU), taught a ladies Sunday School class, sang in the choir, and played the piano. Shirley also had a passion for gardening and for creating beautiful flower arrangements for others to enjoy. She was grateful for the many friendships she built as well as for the fellowship she enjoyed as a member of the Loris Garden Club. Shirley was particularly appreciative for the gracious concern and care she received from numerous medical care professionals throughout the years, including Samuel Cooper, MD; Michael Craig, MD; Jack Crumbley, MD; Chad Denlinger, MD: Jennifer Harper, MD; Matt Kohler, MD; Nick Pastis, MD; as well as Adrian vanBakel, MD. Shirley was predeceased by her parents yet leaves behind a family who cherishes her legacy, including her loving husband of 54 years, John Oliver Huggins. She is also survived by her son, John Terrill Huggins, MD, (Anita Williams Huggins) of Mt. Pleasant, SC, and her three precious grandchildren, of whom she was incredibly proud: Jenna Grace; John Ashyr; and Emerson Rose. Shirley's survivors also include two brothers, both of Loris, SC: Dr. Winferd Holt and Donald Holt. In addition, she was honored to have as part of her family, and is also survived by, Alicia Williams Anderson (Andy) and son, Irvin Leroy Anderson, IV, "Levi." Numerous nieces, nephews, and friends remain to continue Shirley's commitment to service. A Celebration of Life will be held on Saturday, November 21, 2020, at 2:00 PM at Pleasant Meadow Baptist Church outside of Loris, SC. The family will receive friends two hours prior to the service, beginning at 12:00 noon. In lieu of flowers, memorial donations may be made in Shirley's memory to the Pleasant Meadow Baptist Church building fund. Goldfinch Funeral Home, Loris Chapel, is in charge of arrangements.

The family of Shirley Huggins created this Life Tributes page to make it easy to share your memories.

Send flowers to the Huggins family.