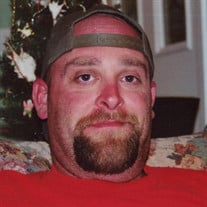 Myrtle Beach, SC...... Thomas Alfred Hammond, Sr., age 51, passed away on Saturday, May 8, 2021. Now he is at peace, resting in the arms of Jesus Christ, Peace be with you always, Tom. Mr. Hammond was born in Glen Cove, New York, a son of Clifford Alvah Hammond and Karen Henriette Case. He was raised in Huntington, Long Island, New York and attended Walt Whitman High School. He was an avid fisherman and did so daily as a child, often with his father and brother and then later with his son, Thomas Alfred Hammond, Jr. and daughter, Danielle, and later with his nephews. Mr. Hammond loved to cook and used his talents in an Italian restaurant while in high school and could cook anything you asked him to cook. Mr. Hammond later worked in the tree cutting industry where he worked until meeting his former wife, Maria. They moved to Myrtle Beach in 2003 after starting their family in New York. Once moving to Myrtle Beach, he worked in the land clearing business for a while and then later returned to the restaurant business. He worked at Lakewood as a cook and then Ducati's in North Myrtle Beach. Mr. Hammond had a love of the water and enjoyed spending time on fishing boats where he later worked at Star Island Marina in Montauk, Long Island, New York. With this job, he worked on many different types of boats, including fancy yachts, and allowed him to fish often, which he enjoyed. He also had a love for his furry friends. Mr. Hammond was a gentle man as well as a gentleman. He received great joy doing for others. He was caring, sensitive and kind. Mr. Hammond also had an interest in different types of firearms, both antique and modern. He loved cars, especially FORDS. Surviving in addition to his parents of Myrtle Beach are: one son, Thomas Alfred Hammond, Jr. of Myrtle Beach; three daughters, Danielle Marie Hammond of Myrtle Beach, Claudia Ryan (Tyler) of Raleigh, NC, and Adrianna Hammond of Myrtle Beach; one brother, Clifford Alvah Hammond, II of Huntington, NY; four sisters, Sandra Hammond of Huntington, NY, Lisa Rummel (James) of Colorado Springs, CO, Catherine Mica (Brian) Ashburn, VA, and Nora Hammond of South Huntington, NY; and his former wife, Maria Hammond of Myrtle Beach. Funeral services will be held at 11:00 AM Wednesday at Socastee Family Worship Center with Rev. Chuck McElroy officiating. The family will receive friends at the church from 10:00 until 11:00 AM Wednesday. Memorials may be sent to Tunnel to Towers, 2361 Hyland Blvd., Staten Island, NY 10306 or to the Wounded Warriors Project, 4899 Belfort Road, Suite 300, Jacksonville, FL 32256. Sign an online guestbook at www.goldfinchfuneralhome.com. Goldfinch Funeral Home, Carolina Forest Chapel is in charge of arrangements.

Myrtle Beach, SC...... Thomas Alfred Hammond, Sr., age 51, passed away on Saturday, May 8, 2021. Now he is at peace, resting in the arms of Jesus Christ, Peace be with you always, Tom. Mr. Hammond was born in Glen Cove, New York, a son of Clifford... View Obituary & Service Information

The family of Thomas Alfred Hammond Sr. created this Life Tributes page to make it easy to share your memories.

Send flowers to the Hammond family.