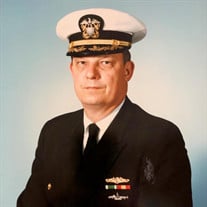 Thomas Newton Markham, son of the late Clyde and Hazel (Brown) Markham, beloved father and brother, died quickly of a heart attack at home on August 19, 2021. Born in 1934 in Middletown, CT, Tom stayed in Connecticut through high school where he enjoyed academics, sports, and boy scouts (he achieved Eagle Scout). He graduated from East Hampton High School class of 1952. Tom continued his education at Tufts University in Boston where he attended as many baseball games at Fenway Park as possible. He went on to medical school at St. Louis University graduating as part of what is known there as the golden class due to the success and longevity of its members. He enlisted in the Navy and completed his residency at the University of Michigan where he also obtained a Master of Public Health Degree. His naval career spanned more than 20 years including his stint as the medical officer on the submarine USS Theodore Roosevelt stationed in Groton, CT, and his time as commanding officer of the Navy Environmental Health Center in Cincinnati, OH. After retiring with the rank of Captain of the United States Navy, Tom continued to practice medicine in the Cleveland, OH, area until finally retiring from medicine in 2018. He spent his last years in Murrells Inlet, SC, where he enjoyed the beautiful weather and his time with friends. Tom’s greatest passions in life were travel, which he did extensively with his wife, Barbara, and baseball. Tom was predeceased by his wife, Barbara Halterman Markham, and is survived by his sister, Betty Merritt, and his daughters, Eleanor Wood, Cynthia Elizondo, and Julia Glazko as well as 4 grandchildren, many nieces and nephews, and more friends than could be listed. Tom will be buried at the State Veterans Cemetery in Middletown, CT. Date and time of the services are still to be determined. Please sign the family’s guestbook at www.goldfinchfuneralhome.com Goldfinch Funeral Home, Beach Chapel is honored to have served Tom’s family.

Thomas Newton Markham, son of the late Clyde and Hazel (Brown) Markham, beloved father and brother, died quickly of a heart attack at home on August 19, 2021. Born in 1934 in Middletown, CT, Tom stayed in Connecticut through high school where... View Obituary & Service Information

The family of Thomas N. Markham created this Life Tributes page to make it easy to share your memories.

Send flowers to the Markham family.