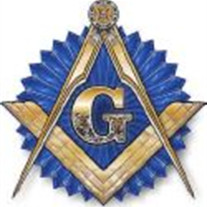 Conway… Walter James Gardiner passed away on February 10, 2021 in his home in Myrtle Trace, Conway SC. Walter was born in Medford MA on June 29, 1928 a son of the late George and Dorothy Gardiner. Walter was married to the late Marjorie Gardiner in 1949. They had three children, Pamela Wood of Tucson AZ, the late Walter Gardiner Jr of Rochester MN, and Charles (Chuck) Gardiner, Columbia SC. He has 7 grandchildren, Jessica Edgar, Jonathan Edgar, Ryan Gardiner, Kevin Gardiner, Josephine Gardiner and Mary Ann Gardiner, 4 great grandchildren, and many nieces, nephews, great nieces and nephews all of whom he loved very much. Walter graduated from Penacook High School in 1946 and immediately went into the U.S. Navy. After the navy, he attended and graduated from The Hudson Valley Community College with an associate degree in electrical engineering. He also attended classes at Colgate University and Boston University during his career with IBM. Walter served 30+ years with IBM in the Field Engineering Division in various cities in the northeast plus a year in HQ in White Plains NY. While assigned in the Boston area with IBM he was active with the Boy Scouts having served as cub Master, assistant scout master, district commissioner and member of the Boston Council, BSA. During his IBM years in Providence RI he was active with Junior Achievement having served as director, president and chairman of the board respectively. He was active in the Masons, twice Worshipful Master of Chocorua Lodge, Holderness NH. and served as District Grand Lecturer and District Grand Master for District 8 Grand Lodge of NH. Walter was very active in the Order of the Eastern Star having served several times as Worthy Patron and elected as Worthy Grand Patron of the Grand Chapter of RI. in 1978. Walter is currently Associate Patron of Myrtle Beach Chapter, Myrtle Beach, S.C. Walter has said many times in the past 3 years while fighting cancer that his love for and the love of his many friends in Myrtle Trace, all his loving relatives and the love of the members of the Order of the Eastern Star have kept him going with a smile. Donations may be made to the American Cancer Society in lieu of flowers. Please sign the online guestbook at www.goldfinchfuneralhome.com Goldfinch Funeral Home, Conway Chapel is in charge of arrangements.

Conway&#8230; Walter James Gardiner passed away on February 10, 2021 in his home in Myrtle Trace, Conway SC. Walter was born in Medford MA on June 29, 1928 a son of the late George and Dorothy Gardiner. Walter was married to the late Marjorie... View Obituary & Service Information

The family of Walter James Gardiner created this Life Tributes page to make it easy to share your memories.

Send flowers to the Gardiner family.