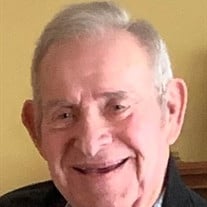 Gresham… Walter T. Paul CMSGT (Ret.), age 80, a son of the late William Henry Paul and Annie Mae Dixon Paul, passed away on Friday, March 19, 2021 at Conway Medical Center. Mr. Paul served 20 years in the U.S. Air Force, including a tour in Vietnam. He traveled the world, inspecting U.S. Air Bases as part of the Civil Engineering Stationary Maintenance Evaluation Team, CESMET. He received many honors and medals and retired as Chief Master Sergeant in 1979. He received the Bronze Star Medal for meritorious service while serving with Friendly Foreign Force in 1972. For his service from 1973-1975, he was given a meritorious service medal for outstanding service that was certified by the President of the United States, using executive order. Walter was recognized with the Air Force Commendation Medal as chief of work control with the 42nd civil engineering squadron for his service from 1972-1973. In 1975, he was given the meritorious achievement certificate for distinguished and untiring efforts in support of the Indo-China evacuee program. Walter was also recognized for his sustained devotion in support of humanitarian causes during Operation New Life Given at Offult Air Force base in Nebraska. For his service from 1975-1979, he was awarded for his meritorious service medal for outstanding service. He returned home to Conway, managing his own Real Estate company for 18 years. As he said, his "third career" was Walt Paul Construction, building homes in Horry County for 15 years. Mr. Paul served as the first president of the Greater Horry County Association of Realtors, now known as Coastal Carolina Association of Realtors, where he served on the Board of Directors in 1985. He was also a member of the Mason Lodge 65 and the Shriner's. Mr. Paul especially loved his family and was proud of each of them. He was a Proud Patriot who loved his country. He enjoyed football, fishing, reading, and westerns; and he enjoyed old fashioned thin layer chocolate cake! Along with his parents, Mr. Paul was predeceased by his sister, Betty Paul Lawson; his brother, Larry Paul; and his son, Walter T. Paul, Jr. Survivors include the love of his life, his wife, Millie Bratcher Paul; his children, Tim Paul (Jamie), Greg Paul (Libby), Amanda Hendrick Stec (Paul), and Jamie Hendrick; his grandchildren, Michael Paul, Felicia Paul Colletta (Joe), Kelly Paul, and Stephen Stec; his great grandson, Pino Colletta. Also surviving are his brothers, Bill Paul and Sam Paul; his sister, Esther Paul Boyd; and the mother of his three sons, Patricia Landers Wilhite. Funeral services will be held at 2:00 PM Monday, March 22, 2021 at Pine Grove Baptist Church with Rev. John Holmes officiating. Burial with Full Military Honors will follow at Pauley Swamp Baptist Church Cemetery. The family will receive friends one hour prior to the service at the church. Please sign the online guestbook at www.goldfinchfuneralhome.com Arrangements are entrusted to Goldfinch Funeral Home, Conway Chapel.

The family of Walter T. Paul created this Life Tributes page to make it easy to share your memories.

Send flowers to the Paul family.