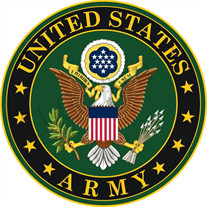 William (Billy) Whalen was born at his first home in Merrick, NY in 1942. He also lived in a few towns on Long Island, NY including Roosevelt, Bellmore, Hempstead and lastly Ronkonkoma for 41 years before retiring in 2015 and moving to Myrtle Beach, SC in 2016. According to notes written by his Mom, Pauline and shared by his sister Donna, Billy was a typical rambunctious, mischievous and inquisitive little boy who along with his two brothers Frank and Donald kept his parents on the alert constantly. During his lifetime he had many different professions and hobbies. After leaving High School he began working with his stepfather, Ted Elderd, at Elderd Stairbuilders in Roosevelt, NY learning the stairbuilding and carpentry trade. Then in 1964 he enlisted in the US Army and served until 1970 as a result of re-enlisting. After Boot Camp at Fort Dix, he was stationed in Baumholder, Germany for 3 1/2 years, then Cu Chi, Vietnam for 1 year, and finally Fort Louis in Tacoma, Washington for 1 year. He was a Sergeant E6 when he was honorably discharged. While on leave from Germany in 1967, he met Linda Ferris and after a few years of long distance dating, they wed on July 19,1969, honeymooned in the Bahamas and then moved to Tacoma, Washington for his final year of military service. After his military discharge, Bill and Linda moved back to LI and he resumed working at Elderd Stairbuilders with his two brothers Frank and Donald. His interests expanded to the Electronics Field where he completed intricate and involved Home Study Courses that eventually gave him the opportunity to work at Sigma Systems. He then learned Closed Circuit TV and Camera Systems and began working at Electronix Systems, Inc. where he was employed for 20 years until he retired in 2015. After moving to Myrtle Beach, he was able to truly pursue and expand his interest in stained glass creating custom glass artwork and projects for family and friends. Aside from his varied professions and hobbies involving many precise and technical talents, he was truly an extraordinary man with a huge heart of gold and a never ending sense of humor which always kept his family and friends laughing. One of his proudest moments occurred in 2020 when he was honored with a Quilt of Valor presented to him by the Myrtle Beach Shorebirds, the local chapter of the Quilt of Valor Foundation. He was also a member of the American Legion and the VFW for many years. He is pre-deceased by his parents Pauline and David Joseph Whalen, his brothers Frank Whalen and Donald Whalen and his wife Rose. He is survived by his wife Linda Whalen, married for 52 1/2 years. He is also survived by his son Christoper Whalen and partner Melanie Main, son Nicholas Whalen and wife Beth Whalen, grandchildren Shannon, Leo, Nico and Maeve, sister Donna Spiller, sister-in-law and brother-in-law Nancy and Bill Koch, and numerous cousins, nieces and nephews A memorial service will be held on March 5, 2022 at 2:00 PM at the Goldfinch Funeral Home Beach Chapel, 11528 Highway 17 Bypass, Murrells Inlet, SC. In lieu of flowers, donations can be made to the Quilt of Valor Foundation, specifically the Myrtle Beach Shorebirds local group at QOVF.org

William (Billy) Whalen was born at his first home in Merrick, NY in 1942. He also lived in a few towns on Long Island, NY including Roosevelt, Bellmore, Hempstead and lastly Ronkonkoma for 41 years before retiring in 2015 and moving to Myrtle... View Obituary & Service Information

The family of William (Billy) Richard Whalen created this Life Tributes page to make it easy to share your memories.

William (Billy) Whalen was born at his first home in Merrick,...

Send flowers to the Whalen family.